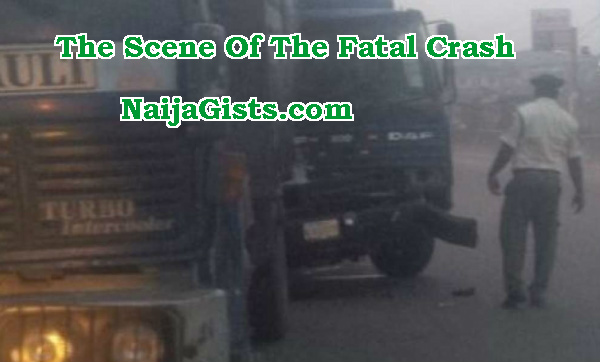 According to an eyewitness, the incident involved 2 trucks travelling to Lagos from Ogun state.

One of the trucks suffered brake failure and rammed into another truck where it parked.

It was learnt that some area boys had massed – up around the broken truck ostensibly to extort money from the driver when a commercial bus ran into them. 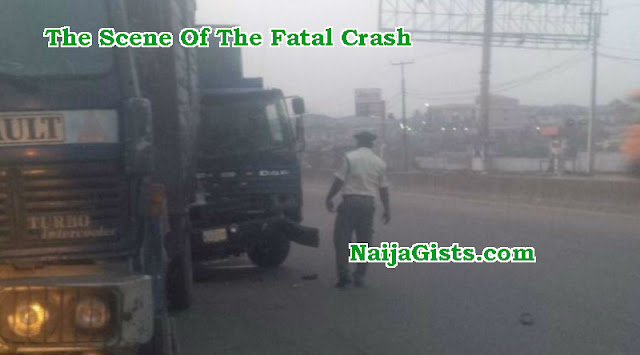 The commercial bus killed two of them and left seven others injured.

An eyewitness said the commercial bus driver who fled the scene immediately is yet to be arrested.

The remains of the deceased had been deposited at the General Hospital Ifo while the injured have been taken to Ojugbele hospital in Ota.