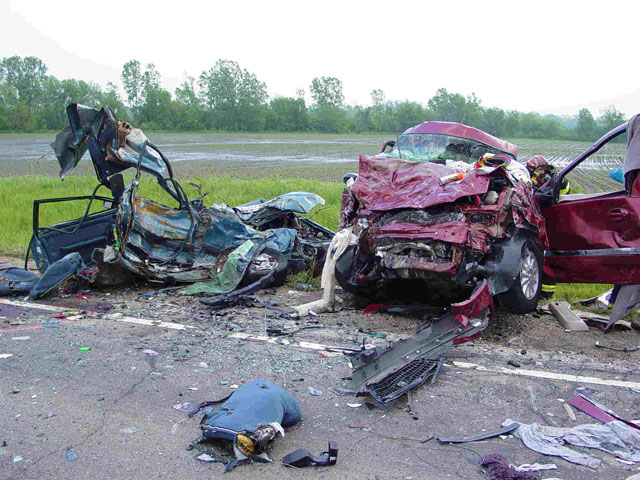 7 passengers inside a commercial bus died yesterday in Taki area of Ogbomoso after a head on collision with another vehicle.

An onlooker who identified himself as Tayo said apart from the fatalities, several others sustained grave injuries on the popular Ibadan Ogbomoso Expressway yesterday.

Tayo said, “The bus was coming from Lagos heading towards Ilorin, Kwara State. The driver made an attempt to overtake the SUV, but SUV driver increased the speed. The bus driver could not avoid the head-on collision which resulted in the death of six passengers immediately. Another one died during rescue.”

The eyewitness said another passenger died during rescue operation.