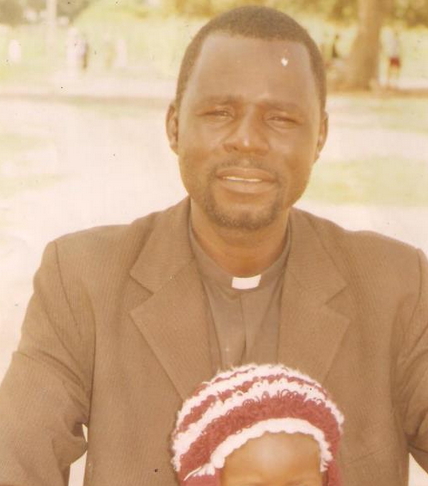 There was commotion on Sunday at the United Methodist Church, Mafoluku, in the Oshodi area of Lagos as members of the church rejected their pastor and chased him away for allegedly impregnating his housemaid.

It was learnt that the pastor, Barkuma Andrew, was stopped from leading the church seven months ago when the housemaid, who was also a member of the church, Grace, had complications after aborting the pregnancy.

Andrew lives with his wife, children, wife’s cousin, Favour, and Grace in a three-bedroom flat on the church premises.

We gathered that the members had petitioned the Central Conference of the church in Taraba State to investigate the alleged atrocity. They, however, sought the service of another pastor three weeks ago when the district reportedly failed to probe Andrew. 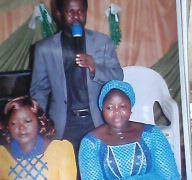 Our correspondent learnt that members had come to church around 10am for Sunday service only to see that Andrew and some “unknown” people had commenced the service.

It was gathered that the development resulted in a breach of the peace as Andrew and his group were chased out of the church.

Men from the Makinde Police Division, including the DPO, were said to have intervened after the incident was reported at the station.

A member of the church and a former secretary to Andrew, Moses Sherima, told our correspondent that the pastor sent his wife to her village when he impregnated Grace.

He said, “My room is opposite pastor’s apartment and I was his secretary. When he started dating that girl (Grace), I called his wife’s cousin, Favour, on the matter. She said Grace used to tell her whenever the pastor had sex with her. 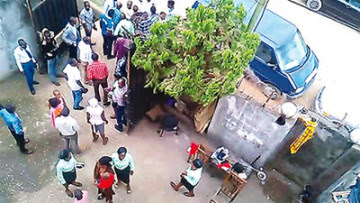 “At a point, I had to move upstairs when I could no longer bear it. The day that abortion happened, I was sleeping inside my room when I heard Grace screaming. I rushed there and saw blood coming out from her private parts. When the wife came back from one of her numerous journeys, he told her to send Favour away.”

Another church member, John Komboroh, said the church was embarrassed by Andrew’s conduct, adding that they were tired of his leadership.

He said, “The petition of adultery against the pastor had been sent to the bishop at the Central Conference. He came here, but did not do anything about it. That was why we wrote to the main body, the Southern Conference to give us another pastor. His (Andrew’s) action is an embarrassment to us. We don’t want him again.”

The new pastor of the church, Reverend James Sunday, said, “We were about to start our service this morning when we met the old pastor and some unknown people already holding the service. I calmed down my people to avoid chaos.”

Another resident and a female member, who identified herself only as Blessing, said the pastor had once made sexual advances to her.

“My husband is not always at home. The pastor would call me in the night and asked if I had slept. One day he entered my room and gave me a soft slap on my back. I had only the wrapper on me.

“I was surprised and told my neighbours.”

When contacted on the telephone around 1pm on Sunday, Andrew said he was in a meeting and promised to get back to our correspondent on the incident.

He told us that he was still at the meeting when he was called back around 5pm.

[Reported By Afeez Hanafi, Metro Plus]