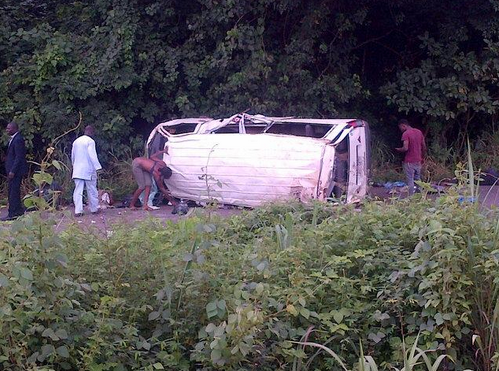 A fatal accident on Lagos Ibadan Expressway has claimed the lives of 3 people travelling to Ibadan from Lagos state.

According to motorists on the popular expressway, the fatal accident happened close to the Redemption camp this afternoon around 4:15pm.

The bus driver who was among the causalities was said to have been speeding before the vehicle entered a big pot hole. It somersaulted severally before landing in a bus.

We learnt the accident claimed the lives of the driver and the two passengers in front.