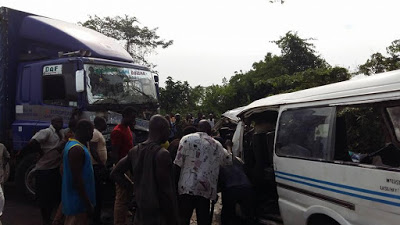 At least 10 passengers of a commercial bus heading to Lagos from Ibadan died in a ghastly motor accident on the popular Lagos Ibadan expressway yesterday.

While trying to overtake another vehicle, the driver of this 18-seater Mazda commercial bus lost control and rammed into an oncoming Iveco truck at Four Square Camp in Ajebo axis of the expressway.

The impact of the collision damaged the vehicle beyond repair resulting in 10 deaths.

See photos from the scene of the collision 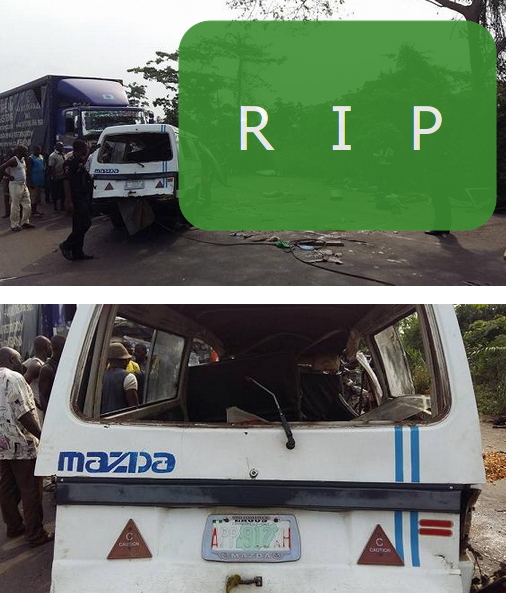 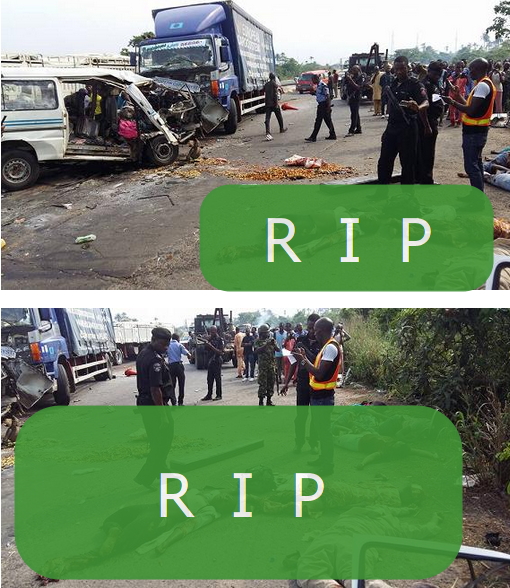 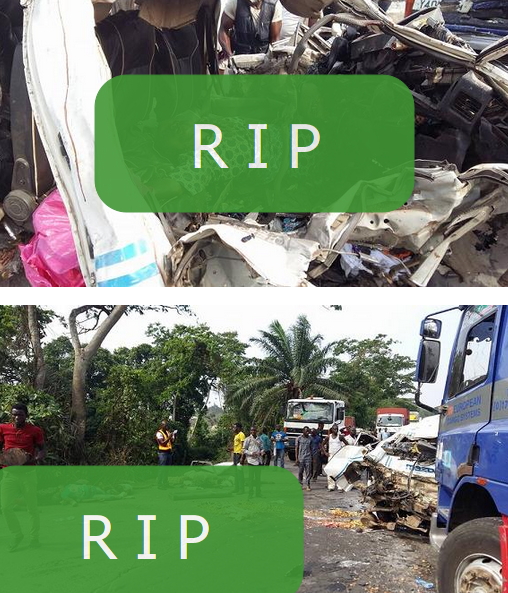 The remains of the deceased had been deposited at the mortuary.

May their souls rest  in peace.