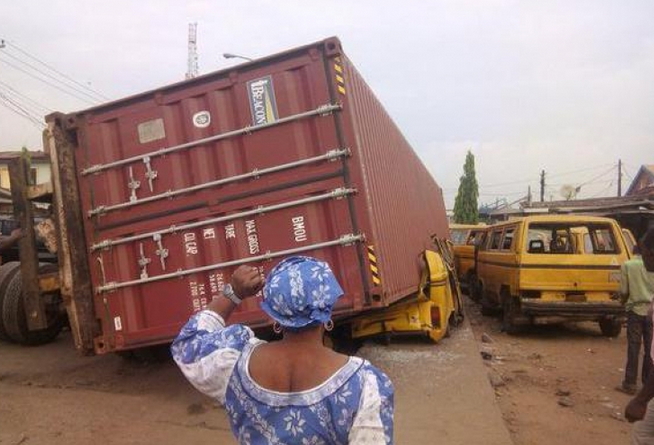 The Lagos State Government on Sunday restated its determination to restrict trailers and articulated vehicles from plying the metropolis between the hours of 6 a.m. and 9 p.m. to prevent accidents.

Mr Oluseyi Whenu, the Permanent Secretary, Ministry of Transportation, disclosed this at a meeting in Lagos with the leadership of the various transport unions in the State.

He explained that the restriction was to ensure strict enforcement of the Road Traffic Law, which, according to him, was often violated by the trailer drivers.

The News Agency of Nigeria (NAN) reports that the meeting was prompted due to the fatal accident involving a container-laden trailer on Sept. 2 at Ojuelegba.
Whenu said the trailer contravened Section 2 (i) and 2 (ii) of the Road Traffic Law 2012.

He said that government would henceforth go tough on any trailer and long vehicle that contravenes the law.
Whenu said that such vehicle would be impounded and made to pay the stipulated fine accordingly.

The scribe, however, clarified government’s position on the new directive given to Lagos State Traffic Management Authority (LASTMA) to adopt the system of booking traffic offenders, rather than apprehending their vehicles.

He said the new directive would place more emphasis on flawless flow of traffic, while traffic offenders would be expected to pay their fines within the stipulated period.
Whenu, therefore, solicited the co-operation and support of all transport operators in ensuring the success of this laudable initiative.

“The State Government has also directed that all commercial passenger vehicles should obey all traffic rules and regulations by stopping only at designated bus-stops and close bus doors while in motion,’’ he said.
Responding, Alhaji Musa Muhammed, the State Chairman of Road Transport Employers Association of Nigeria (RTEAN), expressed the unions’ readiness to comply with the laws to prevent accidents.

Muhammed, who spoke on behalf of other union leaders, pledged their members’ readiness to cooperate with the government in maintaining law and order as well as sanity in the transport sector.