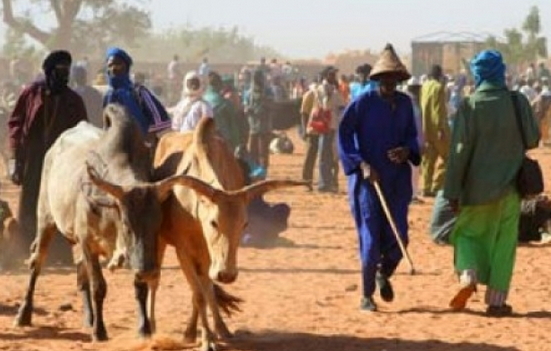 Sept 6, 2015 – Horror In Taraba As Fulani Herdsmen Kill 2 Community Leaders On Their Way To Settle Dispute

2 community leaders were on Sunday found dead on the outskirts of Namnai village in Gassol local government area of Taraba, the News Agency of Nigeria (NAN) reports.

NAN reports that the deceased were the village heads of Namnai, Malam Musa Kachalla, and his ward head, Malam Manu Jahun.

The Chairman of the council, Mr Tukura Bashir, confirmed the incident to NAN in Jalingo.
Bashir said that the leaders were on their way to settle a farmland dispute between herdsmen and farmers in the area.

He explained that family members of the deceased raised alarm after waiting for several hours without hearing from their loved ones on assignment outside the village.
The chairman explained that a search party was later organised by the community who discovered the corpses soaked in their own blood.

NAN learnt that the people fled from the area for fear of possible reprisal attacks.
The state Police Public Relations Officer (PPRO), DSP Joseph Kwaji, also confirmed the development.
Kwaji said the police recovered the bodies of the two persons, adding that they were murdered by yet to be identified persons.

He said that timely arrival of armed policemen in the community calmed down tension.
The spokesman assured that the force would investigate the incident with a view to bringing the culprits to book.