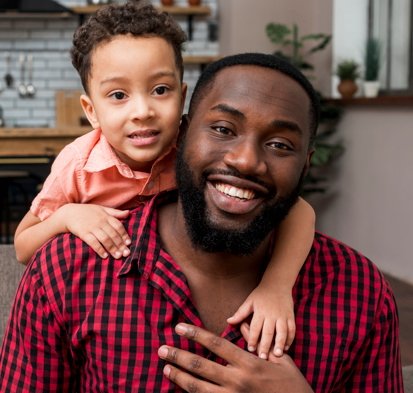 Dating Advice Good Fathers Need To Give Their Sons

Today, children are dating at a young age. If your teenage son is interested in girls, it is best to start giving him some good dating advice so that he doesn’t learn how to treat a woman from the streets or his peers.

Here are some dating advice good fathers need to give their sons as they venture into the world of dating:

Teach your son to be a friend first.

As he starts dating, he should be her friend long before he becomes her boyfriend. Even though his emotions will be intense and he will be ready to dive headlong into the deep end, tell him not to rush things. He needs to develop a friendship first. The high-intensity emotions of love may burn bright initially, but the flame of friendship in marriage lasts the duration.

Let your son know that his heart will break and he needs to embrace that feeling.

Tell him that one or more of his relationships will end with his heart feeling like it’s been split in two. He will have more questions than answers, and more regret than jubilation. He should know that his broken heart won’t get put back together by running from it. He should cry the ugly tears no matter what anyone thinks about them, ask the painful questions, and just remember that his broken heart will heal with time.

Teach him to be fascinated with her, not just her looks. Physical looks are great, but they are fleeting. And if he finds the most beautiful girl in the world, he should be aware that there’s always someone prettier. As he starts dating, teach him to become fascinated with who she is, how she operates, what she cares about, and what her dreams are. They all matter more than her bra size or how many heads she turns at school.

Show her parents she’s in good hands. Let your son know that every girl you date is someone else’s daughter. They have spent years with her, while he has probably only known her for a few months. So he needs to earn their trust, too. He will do that by doing what he says he is going to do, being home on time, and treating her like their daughter, not just his girlfriend.

Teach your son how to develop other intimacies beyond the physical kind. He should know that the physical intimacy will want to take off like a rocket when he really clicks with someone. Of course there’s a time and a place for that. But he shouldn’t base the entirety of his relationship on it.

He needs to find ways to deepen the emotional, spiritual, intellectual bonds between them. He should do the hard work so that his relationship is standing on a firmer foundation than simply physical attraction.

Teach him to leave his girl better than when he found her. He shouldn’t trample girls along the way. He needs to treat them well, do the right things, and when it ends, hopefully he would have left them in a better place for knowing him.