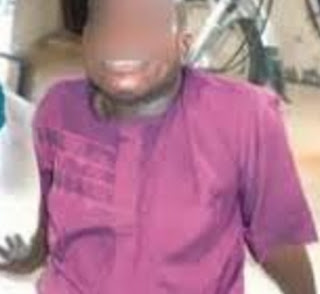 A man was today arraigned at a Magistrates Court in Egor Local Government Area of Edo state for defiling his biological daughter.

The 65-year-old accused identified as Azala Friday was accused of defiling his daughter between March and April 2017 at his home at #6 Agho street in Egor LGA of the state.

He was alleged to have ordered his 12-year-old daughter to sit on his male organ while he touched her inappropriately.

He pleaded not guilty to the 2-count rape charge preferred against him and was granted bail in the sum of N250K with a surely in like sum.

The case has been adjourned till August 13 for continuation of hearing.

Continue Reading
You may also like...
Related Topics:daughter, egor, Father