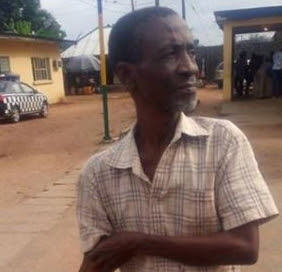 Nov 24, 2017 – Photo: Father Arrested For Defiling 10-Year-old Daughter After Her Refusal To Follow Him Home After School Raises Suspicion

A man identified as Akarauwa Eke has been arrested by the officials of Imo State police command for allegedly defiling his daughter.

The victim, a 10-year-old primary school pupil at Baptist Nursery and Primary School in Ihiagwa, Owerri W LGA of Imo State had been living with her father along with her other siblings since their mother died in 2013.

When her father came to pick her up in school on Monday, she refused to follow him. Her refusal allegedly raised suspicion by the people around and upon investigation by teachers and residents of the area, it was discovered that the ‘father from hell’ had been defiling his daughter at home. 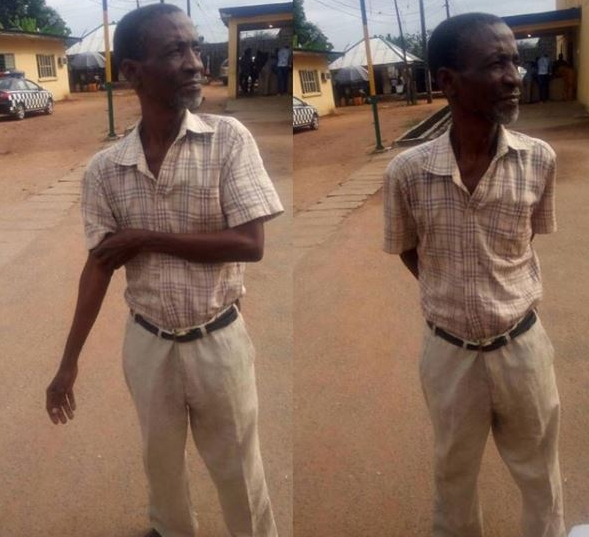 Akarauwa Eke’s confession later prompted the school to hand over the girl to a non governmental organization, Virgin Heart Foundation who promised to get justice for her.

The suspect who is now in police custody is still under investigation.