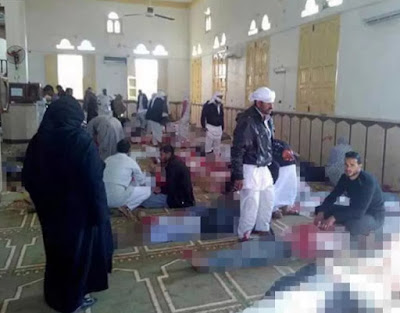 Not less than 50 people were killed today when suspected militants bombed and opened fire at a mosque in Egypt’s restive northern Sinai on Friday, state media said.

Eyewitnesses reported ambulances ferrying casualties from the scene to nearby hospitals after the attack on Al Rawdah mosque in Bir al-Abed, west of Arish city. 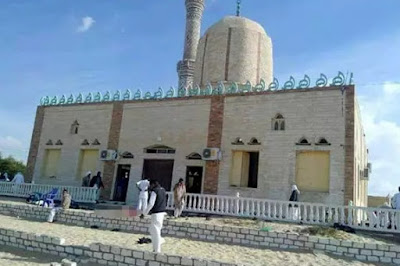 Another 75 people were wounded, MENA reported. 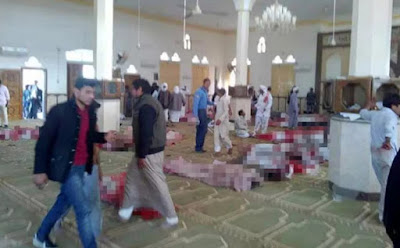 Egypt’s security forces are battling an Islamic State insurgency in north Sinai, where militants have killed hundreds of police and soldiers since fighting there intensified over the last three years.

Militants have mostly targeted security forces in their attacks, but have also tried to expand beyond the peninsula by hitting Egyptian Christian churches and pilgrims.