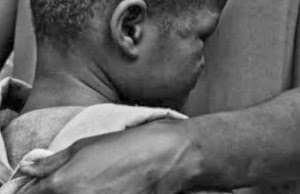 In another child abuse case, a father identified as Bright has beat his son to death with an iron belt for allegedly stealing N1,000.

According to a police report, the victim was said to have been rushed to Divine Private Hospital at Lawal Street also in Oregun where he was confirmed dead.

Lagos State Police Spokeswoman,Ngozi Braide, who confirmed the incident said the matter is being investigated at the Criminal Investigation Department, Yaba.