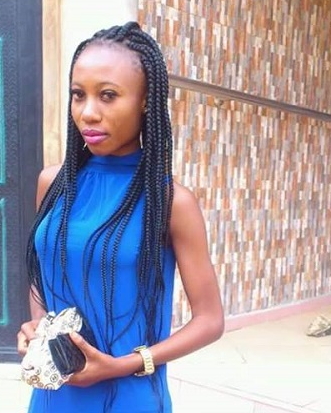 Miss Joy Okonikhere, a 27-year-old graduate of Ambrose Alli University Ekpoma was murdered by her boyfriend on Sunday night at an undisclosed hotel in Orile Lagos.

Joy who graduated with 2nd class upper in Computer Science at AAU reportedly died after she was strangled by her lover during an argument.

The man fled only to abandon her corpse in the hotel.

The hotel workers reportedly contacted the police who later traced and arrested her killer.

During investigation the suspect claimed that he only touched her neck in a bid to scare her and she stopped breathing.

An autopsy is currently being conducted on the deceased.

Here is what her grieving father Mr Friday Okonikhere said: