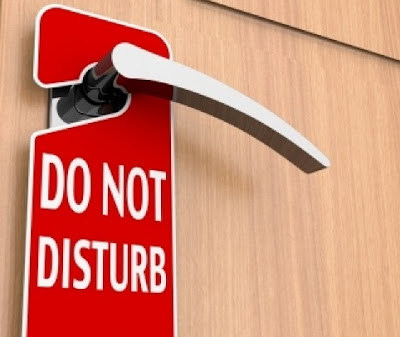 The House owner Momodu told us that she got a hint of the police presence in her compound some days ago, another tenant sent her an email to inform her that heavily armed men had taken over the house.

Explaining how Ejike came to live in her house, she said, “I rented out all the four other apartments in the house and left one to be used by me and my family when we are in Nigeria. It is fully furnished with a large generator. Even the mere sheets on the beds are imported.

“But I was told it was better I just sublet it so that everything would not lie fallow for the period I am away. So, my brother informed me that Ejike wanted to sublet it for an initial period of three months.

But since the last N400,000, he stopped paying. I called him to find out what was wrong but he said he would pay his debt which is now over N2m. After that, he issued cheques which the banks said were duds. It was after I got wind of the policemen in my compound that I was forced to come to Nigeria to find out what was going on.”

A copy of one of the cheques was made available to our correspondent showing N1.5m.

Momodu said when she got back to Nigeria and went to her house, she asked the six policemen she found there that day what they were doing and they said they were guarding Ejike.

“I have told him to leave my house. I even told him to forget the money he owed because I just wanted him out. But he has refused to move. I am actually afraid of going into my own home now,” she said.

Momodu said she had reported the matter at the Bode Thomas Police Division, where the Divisional Police Officer had ordered Ejike to immediately vacate the house. When our correspondent visited the house on Wednesday, two armed police sergeants and a corporal were sitting in the compound.

One of them, Sergeant Aderopo Victor, challenged why anybody would want to take the picture of the house.

He then placed a call to one “commander” to inform him of the presence of journalists despite the fact that Momodu was also present.

Momodu said she had done everything she could to ask Ejike to leave her house but the tenant had refused to leave, as he enjoys the protection of policemen.

When Ejike was contacted, he simply said he had nothing to say.

We also contacted the spokesperson for the Lagos State Police Command, Dolapo Badmos, who said Momodu’s allegation of being issued dud cheques was being investigated.

“But there is nothing we can do about sending the man out of the house. It is not the police duty to chase out tenants. She should go to court. The policemen seen at the house are attached to a company that the man handles contracts for.”

Continue Reading
You may also like...
Related Topics:landlady, tenant takes over house