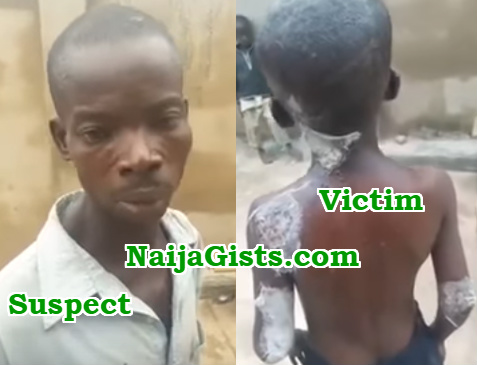 A police inspector has interviewed a shoe cobbler, father from hell accused of torturing his son in Ibadan over missing money.

Yaya Babarinde who chased his wife out of his home was interviewed in Ibadan yesterday by a police inspector.

In his confessional statement, Babarinde said he was frustrated when he returned home from work and his neighbours told him his son stole money. 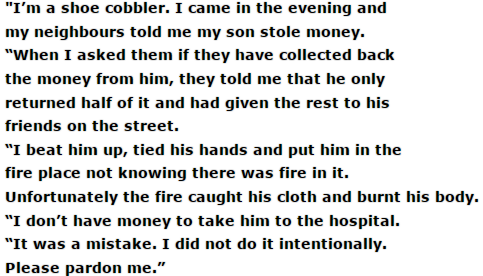 Yaya Babarinde has been arrested while 10-year-old Lukman has been reunited with his mother.

Watch the confessional video below: