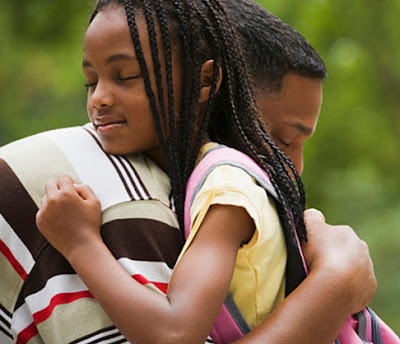 April 23, 2016 – Fathers, Be There For Your Children, They Need You To Validate Their Self Worth & Identity

These kinds of relationships can boost teenagers’ self-esteem. For example, some research shows that teenage girls whose dads are warm and supportive report higher levels of self-esteem than peers. Loving and attentive fathering has also been linked with fewer symptoms of depression in teenagers. Good relationship between dad and their male children help teenage boys stay out of trouble too. Children, especially boys, learn a lot from their dads about being in relationships.

For example, the ways dads interact with their partners and children tends to influence how their children act in relationships later in their lives. The bad news is that harsh fathering that a situation where dads give less support and have more fights with kids is associated with more symptoms of depression in teenagers. Depression in dads themselves is also linked to psychological problems in teenagers.

Both mums and dads spend less time with their children during adolescence as teenagers gain more independence. But changes in father-teenager relationships can open doors to new ways of connecting. Dads can find new ways to bond with their children in the teenage years. 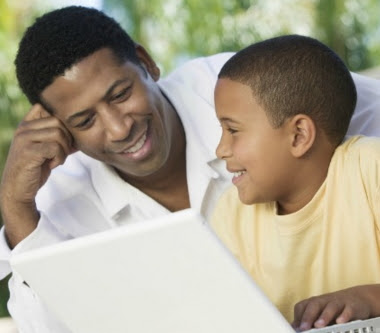 For example, you might find yourselves sharing leisure activities that you both enjoy, such as watching movies, sport or getting out for some exercise. Teenagers might also turn to their dads for help in areas such as deciding on careers or managing money.

So dad’s role is still important your child’s younger years. Don’t be fooled into thinking that dads aren’t all that important. Kids need dads to validate their self-worth. Many problems can come to a family and to future relationships for the children when a dad is absent or not as involved with his kids as they need him to be. Not only does an absent dad make it hard on the mother who then has to play both roles but it is also confusing to the children. Mum the nurturer becomes mum the authoritarian, and the kids begin to feel a void in their life that can create relational minefields in their future. What about a dad who is there, but he remains disengaged? This too can be a problem, maybe an even bigger problem than an absent dad.

It can lead to a loss in a child’s self-worth and identity. They begin thinking that they are not important or not worthy of dad’s attention, or worse yet, they are a burden to him. As a result, they can develop insecurities and may never feel they measure up or are not good enough to anyone.

Each parent has a separate role when it comes to building a child’s self-esteem. Moms instill value in her children and dads validate it. If mom is doing her job, but dad is not right behind her doing the validating, a son may enter into inappropriate relationships to do that for him. Male teenagers want someone to validate their self worth and they can only get that from dad.

Continue Reading
You may also like...
Related Topics:children, Father, identity, self worth