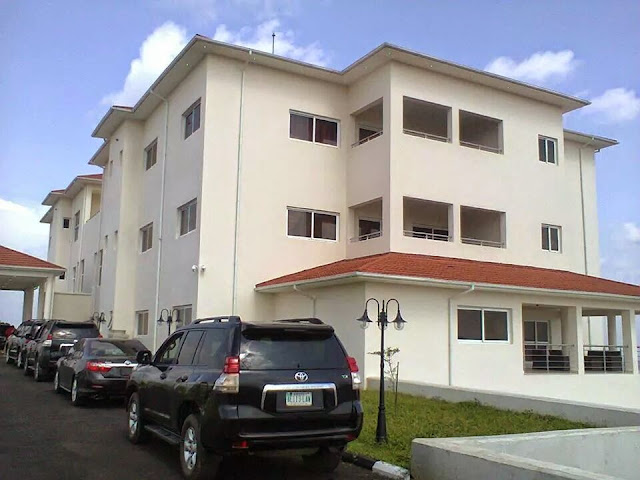 Ekiti state Governor Ayo Fayose who has been working non stop to paint the iimmediate past Governor, Fayemi red for allegedly spending too much money to furnish Ekiti Governor’s house has been exposed.

The self proclaimed friend of Ekiti state has allegedly gave out a whopping N200 million contract to his blood brother for the re-painting of the newly painted Ekiti State Governor’s house.

He also gave out another contract to put marble infront of the Governor’s House, which he (Fayose) had earlier described as too expensive; and relaying of asphalt on an already asphalted road leading to the lodge.

In a statement by the State Publicity Secretary, Taiwo Olatunbosun, on Sunday, the APC said,

“To add salt to injury, artisans working on the marble are all imported from Ibadan, when many Ekiti artisans could do the job. This a man who claims to be a friend of the masses.

“He is repainting the Governor’s Office, awarded by direct labour at the cost of N200m awarded to his blood brother.

“He told the Permanent Secretary, General Administration Department and Head of Service to find alternative entrance for civil servants, who work within the Governor’s office building because he doesn’t want to be meeting the ‘evil servants’ while coming in at the main entrance.

“This has been effected as civil servants in the Governor’s office now pass through the back to their offices. Yet this is the class of people he professed to be their friend before the election and he has also cancelled the appointment of eight permanent secretaries that were legally appointed after passing necessary examinations according to the service rules.‎”

This Fayose of a man is smarter than his friends, he knows how to play his game well.