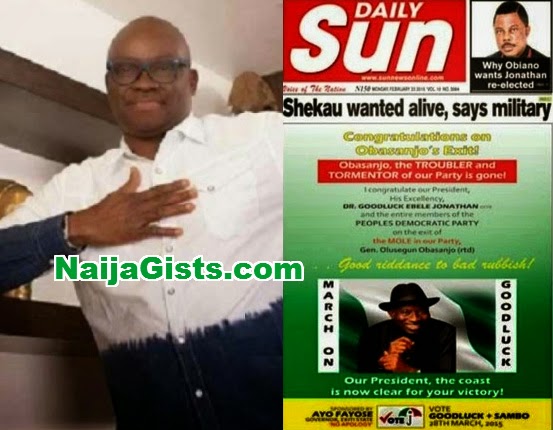 Ekiti state Governor who has lost his dignity as the Governor of the people to a common hoodlum has left Buhari temporarily to focus his attack ads on the former grandfather of PDP party, ex-President Olusegun Aremu Obasanjo.

In a full page advert placed few days ago in the Sun Newspaper, Fayose congratulated Jonathan for the exit of Obasanjo from PDP party.

He referred to Obasanjo as the MOLE of the party. 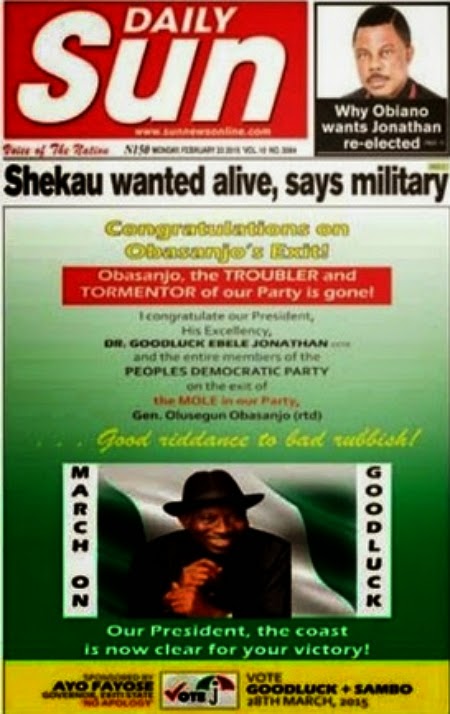 At the bottom of the advert, Fayose said he will offer no apology for the insulting advert.

Nigerians in general are well-cultured people, hardly can you see them insult their elders…

Fayose’s own is an exception now that he has become a governor.