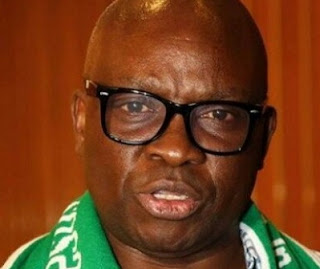 The Governor of Ekiti State, Ayodele Fayose has come after INEC for allegedly conniving with the APC party and some PDP members to rig the Saturday gubernatorial election for Rotimi Akeredolu.

Fayose who refused to congratulate the governor elect said INEC gave Akeredolu the victory by deliberately replacing the name of PDP candidate Eyitayo Jegede which created a legal war that lasted till 3 days to the election.