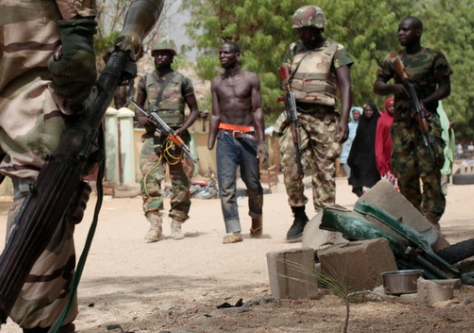 121 Task Force Battalion troops in Pulka, Borno State, have killed about 30 suspected Boko Haram elements. According to PRNigeria, the fighters were killed when they attempted an ambush on a convoy of Local Government officials travelling to Maiduguri, the Borno State capital.

“I must commend the gallantry of the troops led by the duo Patrol Commanders of the 121BN Captain S. Suleiman and Lt. N. Ayuba”, Sambo was quoted as saying.

The report noted that: “Some soldiers who were injured during the encounter are presently receiving medical attention at Brigadier Maimalari Barracks Hospital. “An emergency worker, who pleaded anonymity also confirmed counting the bodies of about 30 Terrorists killed after the encounter.”