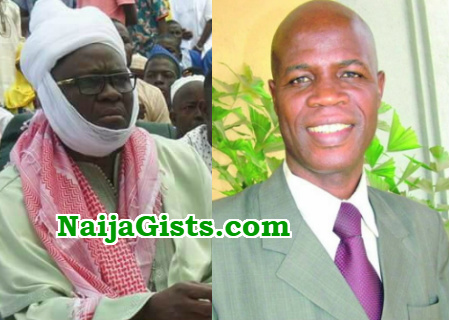 More details  have emerged on the reason why governor Ayodele Fayose of Ekiti state relieved his Chief press secretary of his duty on gross incompetence.

Idowu Adelusi was, according to timenews report, the chief press secretary to Fayose during his first tenure as Ekiti state governor between 2003 and 2006.

The trouble of Adelusi however dates back to the beginning of the second term of governor Ayodele Fayose as he has severally been tagged as too sluggish for fayose’s personality.

In most cases, the job of Adelusi to issue out press releases on behalf of the governor is mostly handled by Lere Olayinka, the Special assistant to the governor on Public communications and New Media. Lere Olayinka’s posture and proactiveness really did damage to any integrity left for the gentle speaking CPS. He was so relegated to organising governor’s media ahead of any event slated for the governor. This weakness was just too evident for the governor to ignore as he most often threatens to sack Adelusi at the slightest opportunity.

The last straw which broke the camel’s back was the Eid-l-Kabir stunt which was pulled by Fayose. Governor Fayose was expected to be at the Ado Ekiti central praying ground dressed in his Islamic costume with the plan to slaughter his own ram. The governor however got shocked when he reached the praying ground without any of the major news stations on ground to cover the stunt. Governor Fayose went angry when he got to know that the reporters and cameramen were not duly informed by the CPS. The governor had to wait for some minutes before reporters and cameramen arrived. There and then, Fayose decided that he has seen enough of Idowu Adelusi thus directing his sack to be announced on the state owned radio station.

The Governor’s press officer Rotimi Feyisina was also not spared as he was redeployed to Establishment with immediate effect.

Idowu Adelusi’s future is according to report, still hanging in the balance as the governor may still reconsider his position and reinstate him. The sack was announced just once on the state radio station before it was pulled down, an indication that the governor may still review the sack and give Idowu Adelusi his job back as Chief Press secretary.