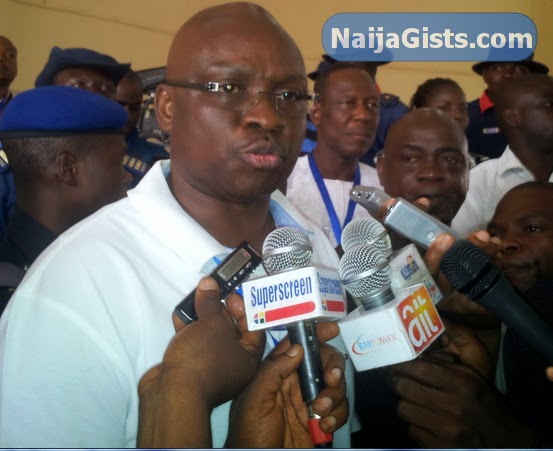 Kayode Fayemi has conceded defeat in the just concluded gubernatorial election in Ekiti state Nigeria. He has since offered the winner, Fayose congratulations.

In a Press statement dated Sunday the 22nd of June 2014, Fayemi who called Fayose his brother said if it is the will of Ekiti state people to make Fayose their new Governor , then let it be.

He further said all the abuse and political intimidation APC leaders suffered in the hand of the military during the election has been documented and would be communicated to the appropriate authorities. 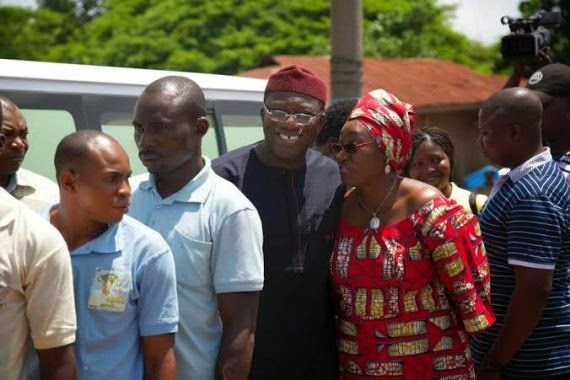 Fayemi & wife at the poll

Yesterday, Ekiti State decided. Following the gubernatorial elections held in the land of honour, Ekiti State, Nigeria, the Independent National Electoral Commission (INEC) has officially returned the candidate of the People’s Democratic Party (PDP) as the winner of the election.

If indeed this is the will of the Ekiti People, I stand in deference to your will. If the result of the elections is an expression of the voice of our people, we must all heed your voice.

I have just spoken with my brother, Mr. Peter Ayodele Fayose, congratulating him on his victory. In a few hours from now, I would be meeting the Governor-elect to discuss the future of our dear state and how we would work together to institute a smooth transition programme.

It has been a hard fought election. As expected, in the course of the campaigns, there were unsavory episodes as the candidates toured the nooks and crannies of the state to sell ourselves to the people. Elections tend to be highly divisive affairs that often see brother rising against brother. Despite our diverse party affiliations, and regardless of which way we voted on Saturday, we must remember that we are all sons and daughters of Ekiti State. Ekiti is ours to build together.

On our part, over the course of the campaigns, we presented our scorecards before the people of Ekiti State. We never at any point took your support for granted. We campaigned, we canvassed and we traversed the nooks and crannies of this State. Our performance and achievements in office will remain the backdrop against which the next government and indeed future governments will be assessed. We are proud that with the support of Ekiti people, we have raised the bar of excellence in governance. In all, we gave our best, for conscience and for posterity.

Indeed a new sociology of the Ekiti people may have evolved. However, the task of understanding how the outcome of this election has defined us as a people will be that of scholars. For us as an administration and a cadre of political leaders in Ekiti State, we have fought a good fight, we have kept faith.

To members of our party, our campaign team and indeed all Ekiti people who defied the siege on our state to cast their votes for our party, I salute your exemplary courage and doggedness in the face of harassment. Thank you for staying the course. The incidences of brazen harassment, intimidation and allied infractions on fundamental human rights, which many of you suffered in the hands of agents of the state, would be documented and communicated to the appropriate authorities, for the records.