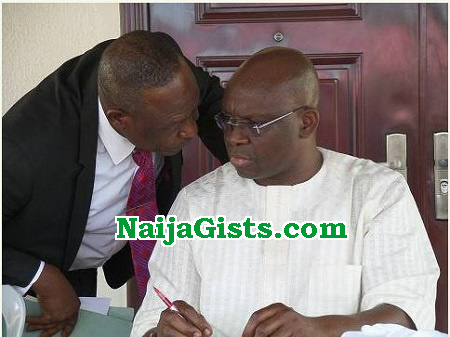 The EFCC has said it will immediately appeal the ruling of a Federal Capital Territory High Court which today granted bail to one Abiodun Agbele, a suspect who is being investigated by the Commission for a range of alleged criminal infractions bordering on fraud and money laundering.

Justice Olukayode Fadeniyi, in a ruling which the Commission described as “shocking” today offered bail to Agbele and ordered the EFCC to pay the suspect N5 million as compensation for unlawful detention. The judge claimed that the failure of the EFCC to charge Mr. Agbele to court, since his arrest, amounted to an abuse of his fundamental rights.

But the Commission described Justice Fadeniyi’s conclusion as “curious” against the background of the information presented to the court, which included the fact that the suspect is being held with valid remand warrants issued by competent courts.

The EFCC, however, said it is filing a motion for a stay of execution of the ruling.