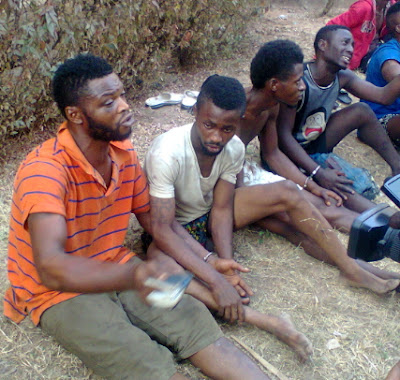 The convicts reportedly ambushed 70-year-old Queen Ogbor as she was driving into her house around 7pm on July 14 in Abraka.

Nemesis caught up with them when on the following day before they could establish contact with their victim’s family for ransom, they were apprehended by security agents who traced them to their hideout through their footsteps.

The victim was rescued unhurt.