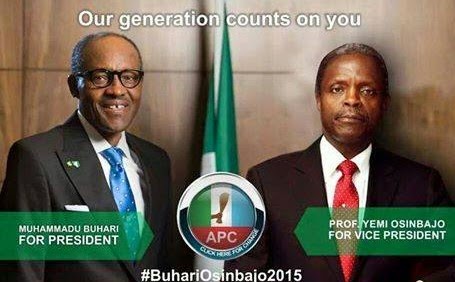 Let me reminisce, while I was in school at Federal Polytechnic Nekede Owerri, most of my course mates do laugh when they hear am from Anambra and the laugh gets more louder when they heard I reside in noisy Onitsha (they fictitiously believed the literary public opinion that the whole Onitsha environ is made up Main-Market so youths who grew up there is naturally destined to be a trader) and laughter gets to its peak when they heard am from Nnewi. They wrote me out among those who can make career in Mass Communication/Journalism, saying I should be a trader as they usually conclude of Onitsha/Nnewi People. This was within south-east geopolitical zone of my great Igbo tribe that am being seen like this just as the rest of the tribes and geopolitical zones of Nigeria regard anybody from Igbo tribe.

Well, it was good I wasn’t discouraged because I learnt what am about to share with my fellow Igbos here now in my course of study. It’s important I must have to share this but before I commence I will like to let other tribes/geopolitical zones to know that Igbos and Anambralians has educated entities in as much we have traders and most the traders are educated entrepreneurs. Am saying this by virtue of my physical communication and socialization with Onitsha my immediate environment, Main-Market Onitsha to be most precise.

What I want to share has to do with this upcoming election on Feb 14 2015. And it’s basically for my fellow Igbos and everybody from south-east geopolitical zone. It’s about their fear of unknown because of biggest lie/Propaganda they bought from PDP Gatekeepers of information against the opposition party APC Presidential Candidate Muhammadu Buhari. I called it “fear of unknown” because of two encounters I was opportuned to experience; one at Ochanja Market, Onitsha and the other at popular Free Readers Association (FRA) Newspapers Vendor Stand beside Asaba Park, Opiweka. The separate encounters have same thing in common, and the degrees of commonness is very coincidental so making it more interesting.

The first encounter at Ochanja market when I went to buy some food stuffs, the elderly women who from my physical appearances are approaching their early 50s discussing one the greatest issue at hand in the country now, the Upcoming Presidential Election on Feb 14 2015. I was listening to them trying to hear their opinions and one of them said what made me to stop by and join the discussion and ending up buying item I have bought from another woman earlier before I met them.

She said, “I really don’t know much about politics of this our country but I know that the situation of things now is getting worse because the fuel pump price is costly because they said there is fuel subsidy which I don’t even understand what it means, people including Igbos are dying like fowl every day in Northern part of this country while some of our relatives have left their Businesses and Homes in North to run for their life back home. Because of this I would love to

Vote for Buhari instead of Goodluck because I know life was not like this when He was ruling between “1983-1986”, but what I heard recently if its true is bad for ear to hear and I might be left with no other option than to vote for Goodluck, even thou I don’t want to vote for him”.

Now the fellow women asked her what was that she heard, all this while I was listening with great attentiveness to hear what she heard. She said, “I heard that if we vote Buhari as President He will force us all Christians to become Muslims, and anybody who refuses to become Muslim will be jailed and faces death penalty”. Her fellow elderly women shouted in amazement and fear gripped them, they condemned Buhari at the spot for deciding to do such thing and vowed never to vote for them. I was standing their like a tree in silence and trying to figure out the woman’s source of information. Already I have heard that statement and researched on it to find out how factual it is only to find out that it was a lie and propaganda raised by PDP bought Social Media Bloggers.

I was wondering how this woman could have gotten such fallacious information which has never been written on any print media, broadcasted on radio or television in Nigeria but only online Media and online social media even thou I can’t imagine her to be able to operate any internet accessible phone or visiting computer cyber cafe.

I was astonished on the power of this Social and Online Media. Well, I took it up on me as a mandate to inform these elderly mothers with facts to correct this lie they have already bought. After long questions they thrown at me about how sure I am, I was able to convince them and teach them a lot about the fact that President as the head of Executive arm of Government will need the consent and approval of Legislative arm of Government, House of Assembly. And also that what Buhari did not do this when he was military head of state that he could do it easily with decree without National Assembly so will not be able to do it now. I also told then that it was propaganda by the current government to steal their votes. They were so happy with me and it was easy for me because virtually all of them were witnesses to Buhari military regime, I charged them to vote who they want without such fear of unknown caused by lies of Islamizing this country and make sure they inform other elderly ones who has been misled by such lies.

The second encounter was exactly similar to the first one just that it was men of younger age of late 30s by virtue of physical appearances, they comprises of traders, okada riders, bus drivers, conductors, barrow pushers etc who like reading headline only to form their own opinion on agenda of our nation without reading the whole news for profundity on the agenda. I utilized the opportunity to correct them as well as inform them and to my surprise some members of Free Readers Association joined me in convincing the ones with doubt, even some young members of FRA who have their Smart phones surfed internet for facts which cleared their doubts. I charged them to vote who they want without such fear of unknown caused by lies of Islamizing this country and make sure they inform others including elderly ones who has been misled by such lies.

At the end of the day, after doing what I thought is right irrespective of my religion (Christianity) I was not satisfied so I decided to do more by writing and sharing it here with my fellow Igbos and fathers, mothers, brothers and sisters of south-east geopolitical zone, if not for anything but for the fact that one of the few Real Men of God in this country, Rev Fr. Mbaka has summon the courage from God to say the truth every body was afraid to say on the ground of national cake they would miss if they say it or plan to own their own private jet.

My fellow Igbos time has passed when we were we saying “Hausa agaghi achizi anyi ozo” or His name is Azikiwe so He is our brother. We must vote wisely, let He/She who hears tell his Father/Mothers/Brothers/Sisters. Igbo mma mma nu ooo.

Video: Pastor Adeboye Endorses Prof Osinbajo Infront Of Jonathan, Wife Says There Is A Shifting
Buhari , Jonathan, APC Or PDP Not The Change, The Change Starts With U, Vote Wisely By Samuel E