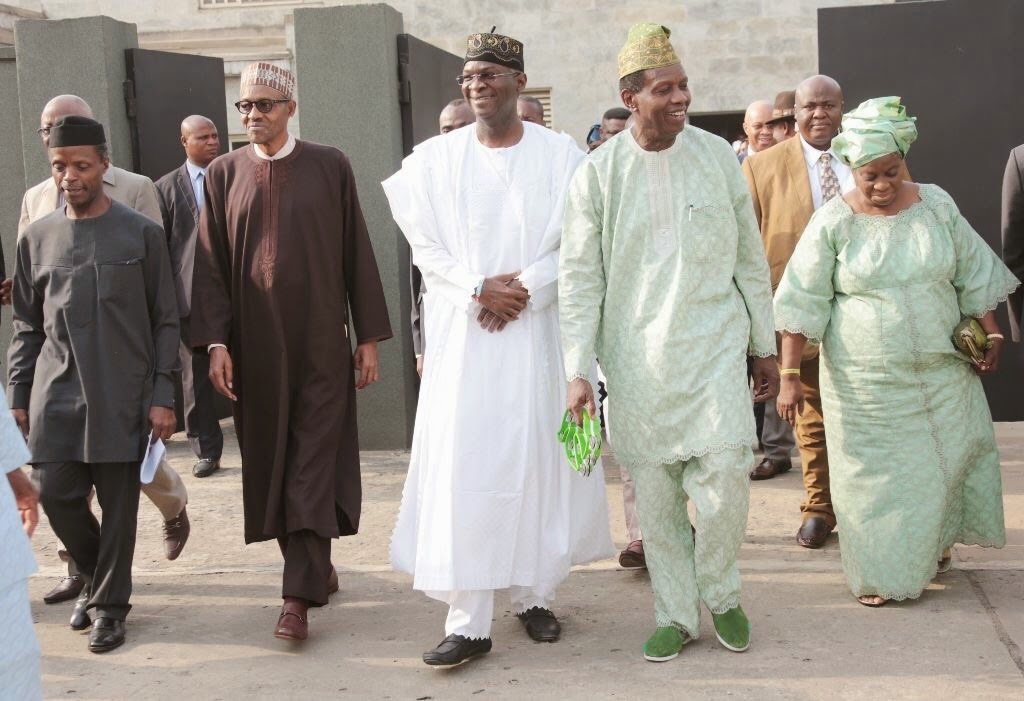 Pastor E.A Adeboye has endorsed RCCG Pastor Osinbajo in front of a large audience with Jonathan in attendance. This video was taken at Redeemed Christian Church Of God, Olive Tree Branch last year during a special Sunday service.

At the event, Daddy GO as he is fondly called openly showered praises on Professor Osinbajo and urged people to rally around him.

President Goodluck Jonathan was spotted sitting comfortably  in the front row of the church headed by Pastor Osinbajo, listening attentively as the Redeemed Christian Church Of God General Overseer and his wife openly endorsed Osinbajo.

“You know usually with your friends, you take them for granted. You want to rush to where there might be trouble spots. But when you know that there’s no problem here, you tend to forget. But once in a while, you need to know that your friend needs fellowship.
Some of you might be thinking, maybe he didn’t come because he doesn’t like the new man. I didn’t come because I trust him, because he’s a wonderful child of God. Very wonderful child of God. Absolutely reliable. He’s one of the few Christians, one of the few sons I have that if you give him an assignment, you can go to sleep. By the time you wake up, it will be done.”

I just want to say two things and I will go and sit down.
I don’t know the kind of prayer Pastor Osinbajo has prayed but that prayer I think he should continue because when the president was talking something to my mind and said there is a shifting.
That is what the Holy Spirit told me. We could have been at Ebute metta or somewhere else today why here and the president in Lagos also and as a result am asking that all of you should expand your capacity today God is going to do a new thing in us
For all of us including me, expand your capacity because there are so many manifestations that will come after this.

Note: this endorsement may be not be related to the upcoming election.