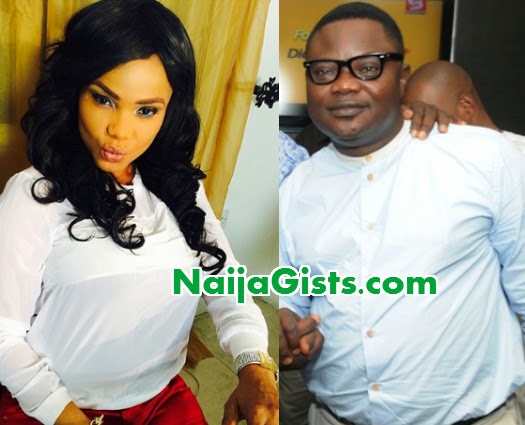 Nollywood Yoruba actress Iyabo Ojo has replied critics of her new movie. In an exclusive chat with TheCapital, the actress said her child abuse movie ‘Silence’ did well at the cinema and that her critic, the publisher of a Lagos soft-sell magazine wrote a negative story about her to get back at her for disrespecting him.

Hear what Iyabo Ojo told The Capital today in Lagos:

“Nigerian journalist Biodun Kupoluyi decided to carry that negative story about my movie because I had an issue with him. Although, he has promised that he is going to rewrite or retract it. There was a forum we both belong to that was initiated by Seun Oloketuyi, publisher of Best of Nollywood magazine.

“We were talking about politics on a day like that and I aired my opinion that I don’t see General Buhari as a better replacement for Goodluck Jonathan and he (Kupoluyi) replied that all artistes are beggars; that we eat from the crumbs that drops from their tables and all sorts of things that he was not surprised about my take on the issue at hand.’”

I was so annoyed and I replied him that the little respect I had for him, I have lost it. Because I only gave my own opinion that I believed I have the right to give so, he doesn’t have to generalize and insult the whole industry just because I added a comment that I don’t believe in Buhari. We have so many artistes that are supporting Buhari but I gave my own opinion.

“I have not collected money from anyone of them. I only gave an opinion and he was annoyed because I said I have lost the respect I had for him and that was why he did what he did. Now, Silverbird has changed the viewing time of the movie and have given me a better time.

“I was asked to beg him which I did and we have settled the matter because all those that watched the movie were not disappointed at all, they all gave me kudos for such effort. He wasn’t even there, he only came in after most things have been concluded and he never gave a glance that that he was not impressed.

“If someone says the film wasn’t nice, I will advise you to go and watch it by yourself to judge it. In fact, a lot of people have gone to see the movie for themselves because of this report and they all gave a pass mark but, as you know, bad stories sells, it always goes viral and that was why it was everywhere. There are other good stories from the movie as well just that people loves to read bad stories”.

Contrary to Iyabo Ojo’s cover up story, movie watchers are still complaining about the production quality of the highly publicized film. She should learn from her mistakes and improve.