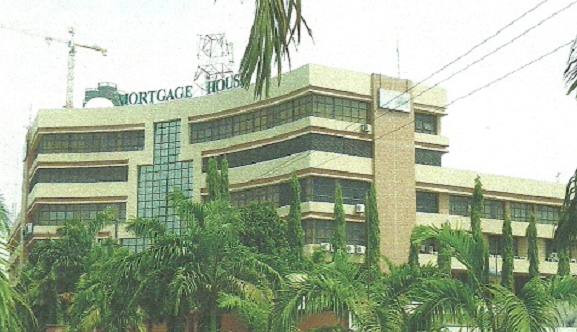 Dear sir / madam,
Save Our Souls

Temporary staffs of federal mortgage bank of Nigeria who have been working in the bank for more than 6 years & above.

I joined federal mortgage bank of Nigeria (fmbn) 7 years ago as a contract / temporary staff (whereas there are some in other states of the federation that have joined more than 8 to 12 years ago).
unfortunately none of the above temporary staffs including myself have been confirmed since (to date, 2017).

In 2013/2014 there was an audit of the bank branch where I am presently, by external auditors from central bank of Nigeria (cbn) who noticed the anomalies in the regularization of the temporary staffs that have been on this basis for the past 3 to 8 years (also in other states) then, which we believe is against what labour law stipulated

In 2014, there was another (2nd) routine audit carried out by the another set of external auditors also from central bank of Nigeria who again notice the anomalice and abnormality in the regularization and confirmation of the temporary staffs since their (cbn auditors) 1st routine audit.

A letter was then written to fmbn head office in abuja, in respect of this temporary staffs issues.

So in 2015, they (fmbn, head office) wrote a new letter to all temporary staffs nationwide, stating that they are just being employed as a temporary staff for a year, (ignoring the number of years earlier spent) which happens immediately after central bank of Nigeria audit report, which made them (fmbn) laid embargo on taking-in new temporary staffs, this make us think it will usher the way for our regularization.

There was a time when we believe that our confirmation would come, which was when the ex-managing director in person of Mr. Yau kumo who confirmed the appointment of some temporary staffs in the north who has not even work for 3 years claiming staffs in those states are not going to the office regularly because of terrorism going on in that part of Nigeria.

Late 2016, issues of regularization were raised but because of the new temporary staffs which the top people brought, they do not want them to be given lower cadre which is the available position at present, but we that are long overdue even prefer it. (just for us to enjoy permanent appointments benefits).

Kindly save our souls we are no more getting younger, some of our colleagues who are working in other establishment are more far ahead of us. despite our in depth knowledge of the job in the bank even more that some of their permanent staffs.

Also late in that 2016, instead of confirming and giving us our letter of permanent employment / appointment they are using the excess money realised unnecessary on 3 to 4 training and loans, even for staffs that did not need them at all.

Did we offend them? and why are they treating us like this? are we not human beings? and we are the ones doing the bulk part of the work in the bank.

You can get the facts and figures yourself through thorough investigations and fact findings.
We even learnt that there was a time when the former MD Richard Esin went to the minister of works, power & housing Barrister Babatunde Fashola, complaining that temporary staffs are too many, that they should be laid off (why?)

For example some of the bank’s internal audits carried out, has stated our day of employment in their reports, and likewise on monthly returns of temporary staffs in each state office being sent to the head office on regular basis. It can also be seen on our individual i.d. cards.

We are relying on your able office to solve our issues, may the almighty God continue to bless you.
thanks.

Please can somebody come to our rescue.