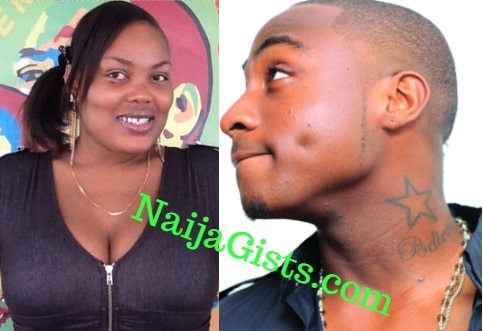 One of the daughters of Afro beat legend, Fela, Motunrayo has expressed her dislike for singer David Adeleke’s type of music.

In a recent chat with Showtime, Motunrayo explained why she hates Davido’s kind of music and encounters that made her hate the singer’s style of music the more.

“There was a time he came to Afrikan Shrine and sat on my chair; I told him he was sitting on my chair that I was older than him with more than 8 years, that, he should get up for me. I advised him not to think that because he’s Davido he can just come and sit on my chair. He eventually stood up though.”

“I don’t think Davido is a good artiste, I don’t like him. I’ve never related to his songs because he usually sings about girls, love, money and I’m not interested in that kind of music. I want music that would give me intelligence, music that would make me feel okay when I’m in a particular situation, not songs that would be telling me about a woman, a gold digger, an expensive shoe, accessory or whatever. That’s why I love Nicki Minaj; if you listen to her hardcore songs you’ll get a lot of intelligence from it”.