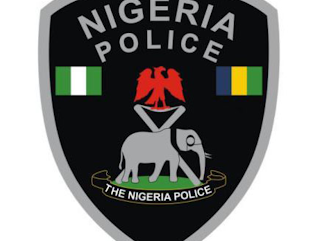 The woman was said to have been arrested two weeks ago and suddenly went into labour on Sunday. When she told policemen that her water had broken and that she was in labour, they thought she was joking.

But when her cry of pains increased, it dawned on them she was not joking. She was rushed to the Police Clinic attached to Area F Police Command, Ikeja, where she delivered a baby boy. The arrival of the baby was greeted by all with happiness.

The woman was said to have been arrested two weeks ago after her husband, a suspected robber, was killed in a shootout with policemen. After the death of the man, a member of his gang was taken alive.

It was this member’s confession that led policemen to Mile 2 area of Lagos State, where the woman was arrested. According to detectives, the woman, who is from Benin Republic, used to assist her husband’s gang to smuggle arms and ammunition through the borders.

Whenever there was going to be an operation, the woman, who was heavily pregnant, would ferry the guns and ammunition for the gang into Lagos State. Due to her heavy state, security operatives had barely glanced at her, let alone to search her. It was through this gimmick that the gang had repeatedly ferried guns into Nigeria. The bubble however burst after her husband was killed in a robbery operation and a member of the gang arrested.

[Report by The Eagle Online]