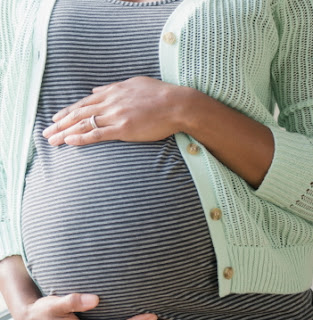 One of people that were kidnapped in the ill- fated Abuja-Kaduna bound train, has reportedly delivered in the terrorists’ enclave.
Sources said she was among the two pregnant women among the kidnapped train passengers.

She reportedly delivered over the weekend

“The woman who was reportedly eight months pregnant at the time of the attack, gave birth safely after the terrorists were said to have invited a medical personnel to attend to her.

“The state of health of the baby is, however, unknown. She gave birth with the aid of doctors brought in by the terrorists,” the source said.

Meanwhile, spokesman of the families of the victims, Dr. Abdulfatai Jimoh, has said the federal government was yet to reach out to the families, adding that they were currently in the dark about the whole development.

He said it was now 30 days after the victims were kidnapped and taken away, after the train attack by terrorists, an incident that has continued to traumatize them.

“We are in the dark and worried over the development, especially as the terrorists prefer to negotiate with the government.”

”The situation is still the same. There is no communication from them. The last time they called like I said was our relations that we spoke to. We have not spoken with them at all.

“From what they said, it was the government they want to talk to, so that’s why they have not called us. But assuming there is an option, we would have explored the option.

“They are not calling anybody and we can’t stretch them. It’s only the government that can talk to them.

“Our relatives are in captivity for 30 days today. So, you can imagine the condition they are in. They said it’s the government they want to talk to,” he said.

Dr Jimoh asked the terrorists to reach out to the families, if there was an option for negotiation of release of their loved ones.

“We don’t have the power to force them to release our relatives. If negotiation is the only thing they want, we will discuss it with them. We understand the government is discussing with them and we want to believe that the government is talking to them. We just want the whole process to come to an end successfully and quickly.

“Just like you asked if there’s an option to negotiate with the bandits, you know, for now, it’s not an option. I mean, talking with the bandits. We don’t have that option yet but, of course, if there is an option and it’s the only option that we have, we will discuss it with them.”

“For now, we don’t have that option because we can’t reach them and they can’t reach us. It’s not the preferred option. If it is the option they have that can solve our problem, fine.”

“We are appealing to the bandits to release our relations unhurt as they are innocent of what transpired between them and the government.

”We plead with them to release our relatives because these are innocent people and they don’t know what the terrorists want from the government.

”We don’t even know what’s happening between them. So, we are pleading with them to release our relatives. That’s just what we can say,” he said.