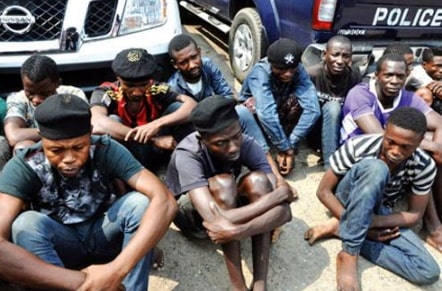 Chief Magistrates’ Court in Port Harcourt, Rivers State, has ordered the remand in prison custody of an 18-year-old girl, Gift Emmanuel, for alleged cultism and robbery.

The suspects are alleged to have belonged to and participated in the activities of a cult called ‘Degbam’.

The suspects are also accused of robbing the inhabitants of their phones while armed with pistols.

A document obtained from the court alleged that the suspects had in their possession one revolver pistol with two rounds of 9mm live ammunition.

The six-count charge of robbery, unlawful possession of arms and cult involvement and participation was not read to them, hence they did not take any plea.

They reportedly carried out the alleged crimes at Anozie waterside and Eagle Island, Port Harcourt on January 9.

Magistrate Sokari Andrew-Jaja said the court lacked jurisdiction to hear the matter and ordered the parties to file written addresses on whether the court could grant bail to the suspects or not.

He ordered that the suspects be remanded in prison custody and adjourned the matter till February 21 for adoption of written addresses.