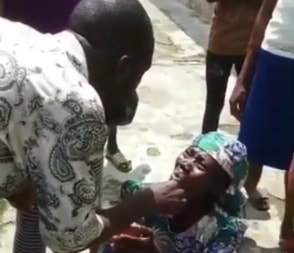 An elderly woman caught while attempting to snatch a child in Egbeda Lagos today has been handed over to police.

The suspect whose identity is yet to be revealed was nabbed at a popular creche in Orelope axis of Egbeda when she was trying to forcefully snatch a child.

According to reports, her accomplishes waiting inside a car outside the creche fled when she was caught.

The suspect is currently cooling off at a police station on Idimu Egbeda road. 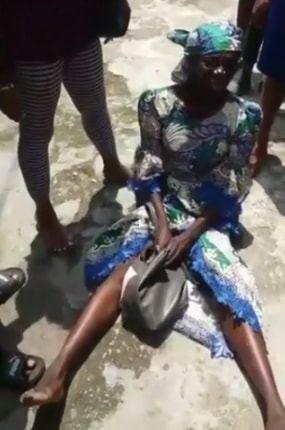