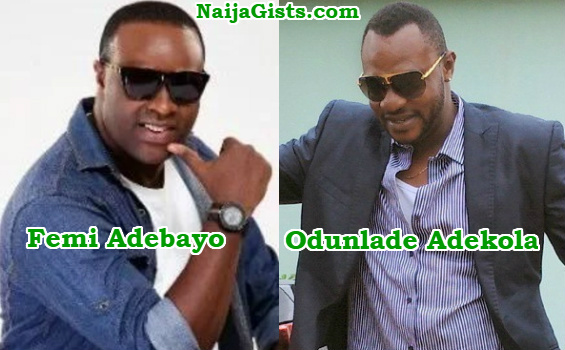 For those of you who have been following these 2 great actors, you will agree with us that Odunlade Adekola and Femi Adebayo always have different things in common which as ultimately made the 2 of them the top plight in the industry.

There is no doubt in denying the fact that Femi Adebayo and Odunlade Adekola are the Messi and Ronaldo in the Yoruba movie industry at the moment and anyone that want to challenge their authority might need to work harder. However, Femi and Odunlade have certain things in common which are unknown to many of their fans.

He also bagged best Yoruba movie producer in 2014. Nevertheless, the actors have resumed their battle for the best actor in 2017 as City People Entertainment nominated them as the best actor, best producer and their films also got nominated. Meanwhile, another top actor in the industry, Muyiwa Ademola, Adeniyi Johnson, Lateef Adedimeji, Kunle Afod and Murphy Afolabi are also in the list of best actors of the year. The winners will be picked by the public by voting their favourite actor for the award.