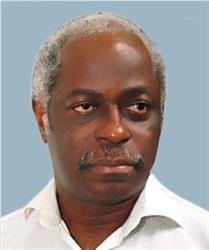 August 14, 2014 – Femi Aribisala, An Enemy Of Democracy By Idowu Ajanaku

It is no longer news that the satanic wishes of the ilk of Aribisala for the All Progressives Congress (APC) to lose the election in Osun State did not come to pass but it is surprising that he has refused to wake up from his slumber to face the reality that it was his party, the Peoples Democratic Party (PDP) that lost the election.

It is not surprising that Aribisala, a military apologist, finds it difficult to recover from the fact that the massive war machine deployed by the Presidency and all other reactionary forces even beyond our shores to conquer the people of Osun failed in the face of the raw boldness and courage displayed by the people.

The people of Osun refused to be brought under the subjugation of the forces which had plundered our land since the advent of this hard earned democratic dispensation; they refused to welcome back the years of the locust even in the face of such gross intimidation and onslaught.

The APC outcry against the antics of the PDP was not misplaced in any way and it is not crying wolf. Is Aribisala aware that the international community is appalled at the recklessness displayed by the Federal forces and the PDP allies against the people of Osun? Aregbesola has even been rightly advised to challenge such abuses in court by European Union Monitoring Group.

Aribisala is either not in tune with what happened in Osun on the 9th of August or is being deliberately economical with the truth. Here was a situation where over 70,000 security personnel were deployed, masked gun men in military attire wielding submachine guns were parading the streets shooting indiscriminately in Gestapo-like manner.

It was as though the land was under siege especially in the towns and villages perceived as the strongholds of the APC in the state. Leaders of the parties were arrested by masked men, the Attorney General of the State was detained, the former governor of the state, Isiaka Adeleke, was chased about like a common criminal before and on the day of the election. In spite of all these, the APC won the election with a very large margin. Is this the victory Aribisala is describing as pyrrhic by employing voodoo statistics?

We describe it as a hard earned victory and say it portends a great lesson for the reactionary forces in Nigeria that their time is up. The new found strategy of PDP to hoodwink the international community and the law courts into rigging election through pre-election intimidation and scientific rigging will not work in the 2015 elections.

This victory has further strengthened the faith of the people in themselves and in the power of the Almighty God to defend them against the onslaught of the PDP government which has only succeeded in destroying the moral and social fabric of the federation.

Today the country is more divided along ethnic and religious lines than at any other time in our national life second only to the pre-civil war era. The government of the day celebrates and promotes this instead of coming out to defend the whole nation, the government turns the other way and describes the problems as sectional. Boko Haram has conquered some towns in Nigeria and declared it as independent and yet the PDP government is clueless but readily deploys the armed forces to intimidate and harass armless citizens. This provocation must stop.

Aribisala pretended not to know that in the elections of Ondo and Anambra said to have been won by the Labour Party (LP) and All Progressives Grand Alliance (APGA) respectively, these parties only stood in proxy for Jonathan and his PDP. In these states the candidates of the PDP were left in the lutch while the Federal forces were deployed to help LP and APGA.

It was so ridiculous in Anambra that the candidate of PDP Comrade Dennis and his family members had their names expunged from the INEC register in the Unit where they have always been voting! Apparently he was not part of the game. No sooner had the charade called elections over that the Anambra State PDP quickly rushed in to congratulate the APGA candidate while their own candidate was left in the cold to lick his wounds.

The case of Olusola Oke was not too different in Ondo State. Such is the immorality perpetrated by PDP even against its own that opposition parties like APC should know that eternal vigilance is the key. Aribisala would have wished that the APC be caught unawares, no wonder he is now crying wolf.

In the coming elections Nigerians will not vote for PDP with its unenviable record of non performance, massive looting of the treasury, failure in infrastructural development, grave unemployment, insecurity and total lack of direction. We challenge INEC to conduct free and fair elections in 2015 and PDP will not only lose the election woefully but we lose even in Bayelsa!

The incumbent governor, the president’s lackey was rigged into office by the total stifling of opposition using the force of state in an election where even the Airforce was deployed!

One would need to plead with military apologists like Aribisala that they should not push this country back to the dark days of military from which they unjustly benefited to the pains of the majority of Nigerians by urging President Jonathan on, in his march in impunity and recklessness.

The true democrats and activists who made the sacrifices even some with their lives know where the shoe pinches. The ominous sign is not the defeat of APC like Aribisala will want us to believe but that this recklessness can truncate this hard earned democracy like it did in the first and second republics. We say God forbid and hereby call on all well meaning Nigerians and the international community to call PDP and President Goodluck Jonathan to order.

[About the author: Idowu Ajanaku wrote from Lagos]