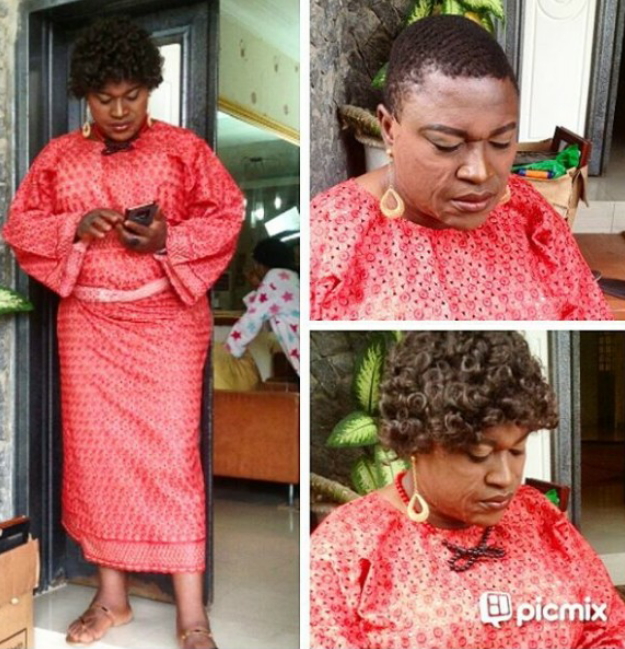 How do you plan to cushion the effects of piracy in case it hits your work?

This is something my team and I had discussed very passionately. We don’t want to deceive ourselves; we know that piracy is a big factor. Even the most advanced and enlightened countries of the world are yet to find a solution to pira-cy. In Europe and America, piracy is still a very strong factor but we see it more in this part of the world because we do not take our film through the normal route.

When we produced a movie it is supposed to go to the cinemas before it hits the streets. By that way, you would have at least made your money or even your initial capital before it gets into the hands of the pirates. In most part of the world, Nigeria especially, when they make their movies, they just take it straight to Idumota (in Lagos) and that is why we feel the pain more.

In the case of this particular project, we have some things in place to cushion the effect of piracy; we tend to take it on tours on the cinema, not just conventional cinema but something I call alternative cinema which I won’t like to talk about for now because that’s my own marketing strategy. But we’ve put some things in place to make enough money, so that we will be able to at least get our money back, make a little profit before we put it in the market and it gets to the hands of the pirate. So that’s the plan.

Some of your colleagues have got endorsement deals and some are negotiating one. Does it bother you that you’ve not had any major endorsement?

Everybody likes to make little more money than they are making but I wouldn’t say bother because everything in life is turn by turn. We also are negotiating something of such, so very soon by the grace of God I will be doing endorsement for some products, not the major brand but at least some things are in the pipeline regarding that.
So it’s not something I feel bad about but it’s something to which I keep aspiring. Most of my colleagues you mentioned, it didn’t just spring on them overnight, a lot of things have been going on underground like some negotiation and other things. The ones you see out there are the ones that scale through.

You’ve had a fair share of good and bad press, but how do you really deal with the bad ones when they come?

I have come to learn in the course of being in this business close to 25 years now that there is no such thing as bad publicity; it will be painful but most of the times it’s painful not because of how you feel about it, but because the press tends to forget that you have families, friends and people who will be affected when these stories are published.
You have in-laws who are worried when these stories are published and they weighs you down naturally. When you’re in the public eye, you have to learn to take the good with the bad. Even those who are in politics and business who have attained a particular level of prominence also face this test at one point or the other. So, how you’re able to manage it is what determines how you come out of it at the end of the day. I’ve learnt to take it in my stride.

It was easy to kiss your wife on set, but would you be comfortable if some other does that on set?

Well, it’s funny because my wife and I have had this kind of discussion before. Sometimes when she sees some of my romantic roles, she’d protest and say, ‘do you really have to do that?’ I tried to make her understand that it’s a job and there’s no feelings attached to it. In the room where the scene is being shot, you’re not alone with that person.
There are at least about 10 to 15 people in the same room behind the camera. It is a job, if we both had theatre upbringing, you’d remember that we’re trained to detach our emotions from these kinds of scenes when you do them. As a professional, if I have a wife that should take this kind of role, I expect things like that.

It all boils down to trust and knowing your partner and understanding the job the person is doing. My wife is a marketer for an insurance company and she meets men every day who always come with different kinds of advances. She returns home at the end of the day to tell me, ‘I just met one today, he said this, he said that’. So, if I was insecure, I would also feel that maybe this marketing is exposing her dangerously. She doesn’t even have to be an actress for me to feel insecure. It’s about your confidence in yourself and in your partner.

When are you releasing the movie?