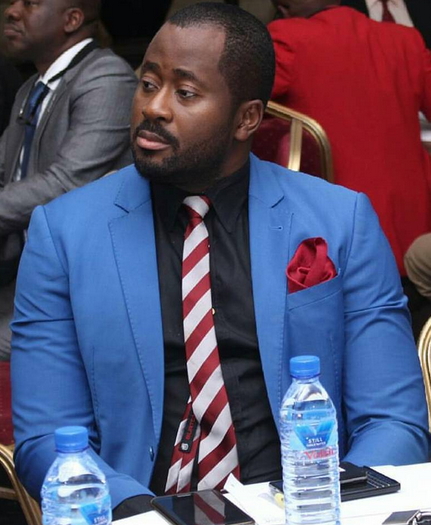 The designer of “Gentle Inspired” fashion line in Lagos had earlier called Desmond Elliott to use his influence to promote his business but he didn’t pick his call.

He then went on Whatsapp to chat with him.

When all efforts to reach Mr Elliott failed, he took to the social media to expose their private conversation.

Check out their chat transcript below: 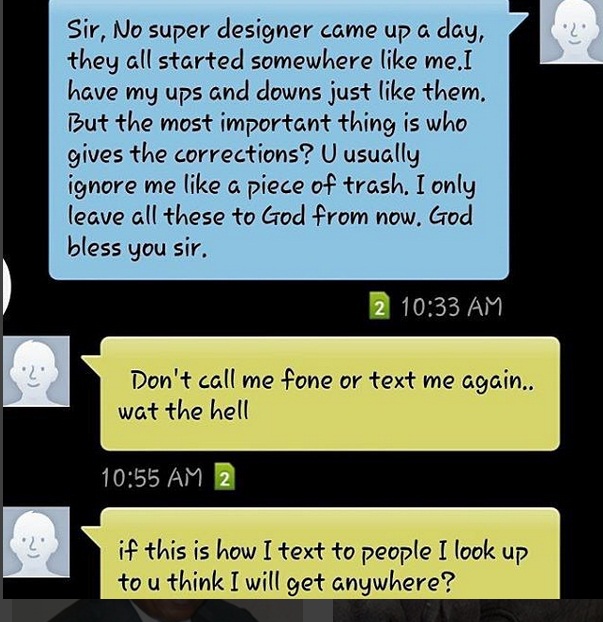 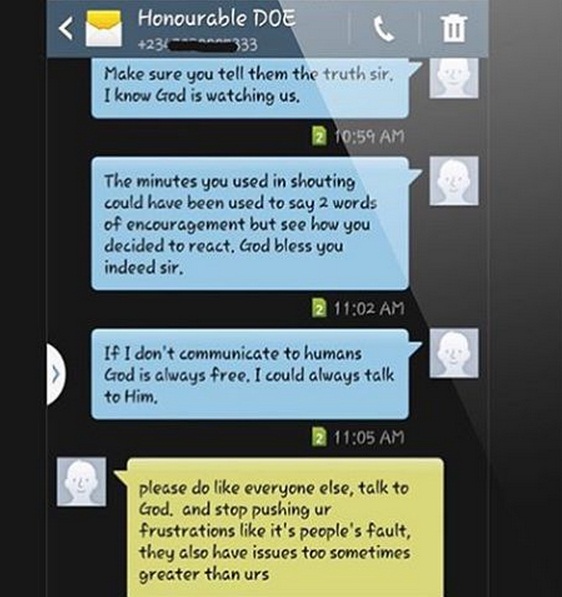 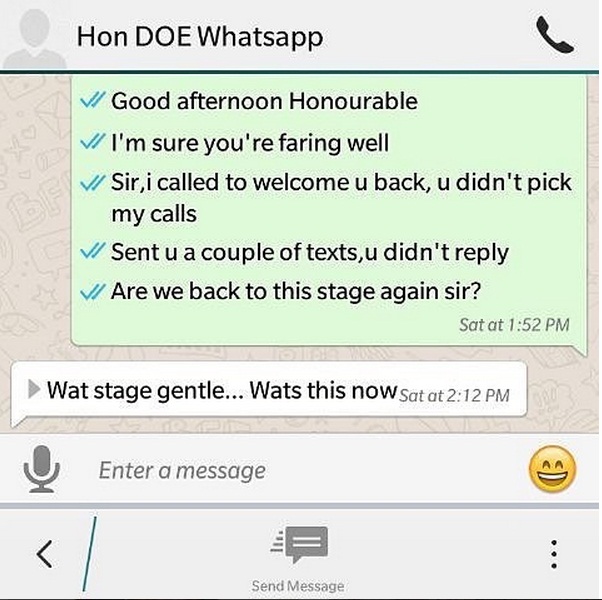 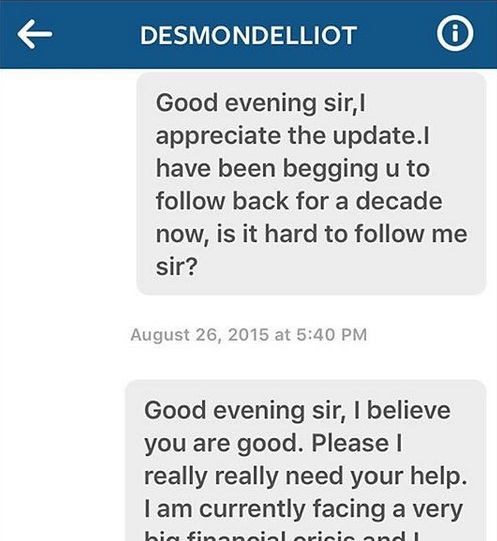 Fans now believe Desmond Elliott is not as nice as he sounds on screen.