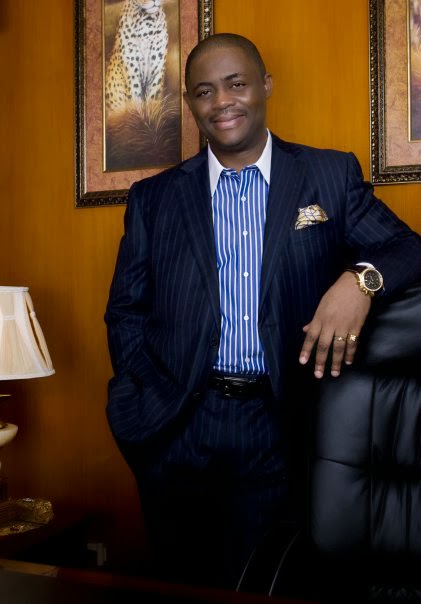 Nov 20, 2013 – Femi Fani Kayode Defends The Yoruba People On Facebook “We’re A Nation Not A Tribe”

Former Nigeria’s Aviation Minister Chief Femi Fani Kayode took to his Facebook page few hours ago to defend his people as we look forward to 2015 Presidential election in Nigeria.

To avoid tribalism label, he didn’t mention any other tribe in his Facebook comment rather he took his time to defend the Yoruba people in every statement he made.

‘‘At the end of the day whatever happens in 2015 the only thing that is important to me is that the yoruba nation is in a position to defend itself in the event of any hostilities from any quarter. We are a nation, not a tribe and we will not allow any other nationality to claim our land or to lord it over us. That will never be allowed to happen again. Either Nigeria must be restructured or Nigeria… shall break.

Finally no nationality that has a pathological hatred for the Yoruba will ever lead or rule Nigeria again and neither will they be allowed to live amongst us peacefully. That much I know- if you hate us, you better forget ruling from the centre and stick to your zones and states and you better leave our territory and relocate back to your state of origin.

This matter will finally be settled once and for all in 2015. Nigeria will be 100 years old as from next year. It is time for us to finally decide whether we still want to remain together or go our separate ways”. 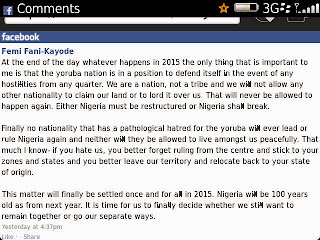 If Yoruba nation comes into existence, Femi Fani Kayode should be made the President….. He has so much love for his people.