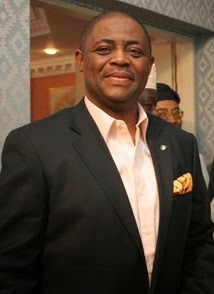 The move by PDP NWC follows accusation by Fani-Kayode that some members of the committee worked for the opposition party, All Progressives Congress during the last election.

In a letter signed by Prof Wale Oladipo, the national secretary of the PDP, the committee questioned Fani-Kayode’s status and called for an investigation.

“The NWC at its meeting held on Wednesday, 20th May, 2015 reviewed the press war mounted against it by Mr. Femi Fani-Kayode and therefore request:

1. To investigate the membership status of Chief Femi Fani-Kayode”
“2. If he is a registered and financial member, proper disciplinary actions should be meted against him through the Ward for engaging in acts contrary to Section 58 (1) (b) of the Party Constitution

3. If not a member, you are to reprimand him as an usurper.

4. Furthermore, all actions taken should be communicated to the National Working Committee,” the statement read. 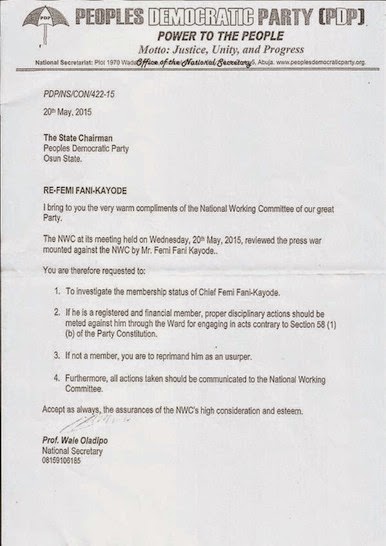