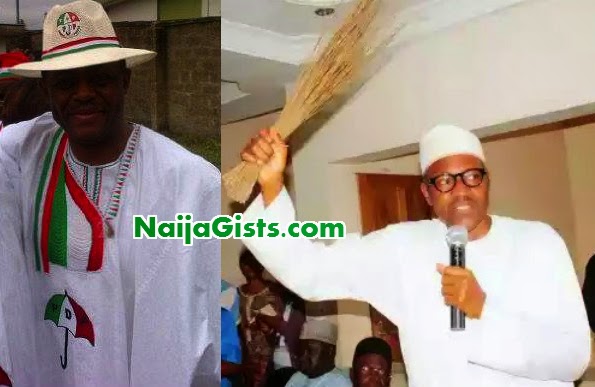 Formal aviation minister and APC member who defected to PDP last year has come after his former godfather.

Fani Kayode is now calling on INEC to disqualify Buhari from participating in the forthcoming Presidential election.

“It must be stated that INEC erred in law by publishing the name of a candidate without receiving the personal particulars of the candidate within seven days of receiving his nomination forms as indicated in Section 31(3),” Fani-Kayode said.

“This is indeed a tragedy illustrating what Nigeria has become – that an individual is so powerful that the law has to be ignored to accommodate him.

“Certainly, INEC’s printing of nomination forms or High Court affidavits is in no way or by any stretch of definitions, the same as personal particulars such as school leaving certificate,” he said.

“this contempt and disdain for due democratic process in a serial form since the beginning of this democratic dispensation.”

Fani Kayode just confirmed to Nigerians that he is a nomadic politician.

When he was part of the APC, he was busy bombarding PDP now that he has defected from the opposition, he is now doing the opposite.

FFK reportedly left APC in June last year in order to win his long time legal battle and yes he did ,courtesy of the Oga on top in Abuja.