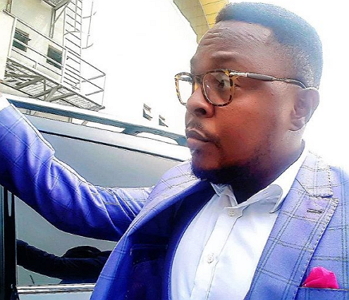 In this interview with Pulse TV, Nollywood actor Femi Jacobs reveals why bad movie makes it to the cinemas.

According to the versatile actor as long as piracy exists and there are limited distribution channels, the cinema remains the only profitable option for most filmmakers.

Read the interview excerpt below:

On why ‘bad films’ make it to the cinemas

Until we face the reality that our distribution still needs a lot of work, then we – both audiences and producers – would not have peace. Because someone invests 10 million naira in a film and wants to make the money back, how do they make it back if you took away the cinema as an option?

How will that happen? Oh will they go online? Do VOD?

You have to ask people who are buying VOD how much they buy. And then the VOD market is now being proliferated, once you go on VOD, your chances of being pirated increases by 300%.

So how do you tell a person who invests 10 million naira in a film, realistically speaking, not to go to the cinema and make maybe seven million back from that money? It’s an impractical advice.

We can still make this budget work if we are a bit patient. But I guess most people get on set and they don’t have a distribution plan ready.

Like I said, it’s the reality. I have been in banking, I have worked in other sectors [and] I know that it’s not exclusive to Nollywood. People just need to quickly do something fast and get out there.

So you can’t tell a person,’ wait for another three months, let’s develop this script, let’s make it more richer for cinema audiences.’

Like I said, I know what the ideal is, but I also know what the problems are. So cinema would always be an option for creators as long as we have piracy.

As long as we have limited distribution channels, it will always be something that a producer would be adamant about, because they have to make some of their money back before they are sent back to their villages in debt.

Any of his movies he would love to erase from IMDB?
I do, but that is still someone’s money basket and I collected money, and I vowed to defend the film. At least I had the privilege of being in it.

And most of them, I don’t really go in to play support roles, most of them are major roles and my name is still attached to it, and a lot of people are still experiencing it.

Someone said there’s nothing like bad art, that every art connects to someone. There are films that I have done and I’m secretly wishing that it doesn’t go to the cinema, but somebody watches it and they are like, ‘Oh my God, it was so good, It was so nice.’

And I’m like, ‘okay, are you sure?’ And they say, ‘yes, it was a blockbuster.’ I didn’t even think it was a ‘softbuster,’ but if you say it’s a blockbuster, you’re the one who paid fir it, so it must be.

I am trying my best to not get on set unless I have a degree of assurance and faith that it’s going to be a film that I would be able to experience with audiences. I just don’t have that hustling spirit, I would have made more money. but I don’t.

I think these things are quite indelible, you make them and they are there forever. You can’t erase them, they are just there. And when I am watching something that I know could have been a hundred times better, even with the budget we have, it makes me sad. So I rather not create things like that anymore.

Continue Reading
You may also like...
Related Topics:cinemas, filmmakers, nollywood