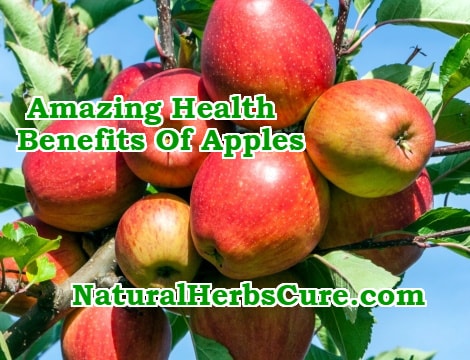 A collection of research studies suggests that apples may well be one of the most healthy foods for you to include in your daily diet. Let’s take a look at the studies and the possible health benefits suggested by them:

The researchers found that including apples in your daily diet may protect neuron cells against oxidative stress-induced neurotoxicity and may play an important role in reducing the risk of neurodegenerative disorders such as Alzheimer’s disease.

A group of researchers at The Florida State University stated that apples are a “miracle fruit”. They found that older women who ate apples everyday had 23% less bad cholesterol (LDL) and 4% more good cholesterol (HDL) after just six months.

It Helps Reduces Risk Of Diabetes
Apples could also help lower your risk of diabetes. A study involving 187,382 people found that people who ate three servings per week of apples, grapes, raisins, blueberries or pears had a 7% lower risk of developing type 2 diabetes compared to those who did not.

There is growing evidence suggesting that an apple a day may help prevent breast cancer, according to a series of studies conducted by prominent Cornell researcher Rui Hai Liu.

In a study published in the journal Food Chemistry in 2014, a team of researchers analyzed how the bioactive compounds of seven different varieties of apples – Granny Smith, Braeburn, Fuji, Gala, Golden Delicious, McIntosh and Red Delicious – affected the good gut bacteria of diet-induced obese mice.

The researchers found that, compared with all other apple varieties, Granny Smiths appeared to have the most beneficial effect on good gut bacteria. They suggest that their findings may lead to strategies that prevent obesity and its associated disorders.

Vitamin C – a powerful natural antioxidant capable of blocking some of the damage caused by free radicals, as well as boosting the body’s resistance against infectious agents, according to the University of Maryland Medical Center.1
B-complex vitamins (riboflavin, thiamin, and vitamin B-6) – these vitamins are key in maintaining red blood cells and the nervous system in good health.
Dietary fiber – the British National Health Service2 says that a diet high in fiber can help prevent the development of certain diseases and may help prevent the amount of bad cholesterol in your blood from rising.
Phytonutrients – apples are rich in polyphenolic compounds”. These phytonutrients help protect the body from the detrimental effects of free radicals.3
Minerals such as calcium, potassium, and phosphorus.
Apples, with skin (edible parts) nutritional value per 100 grams.

Femi Jacobs: Nollywood Filmmakers Rushing To Cinema Before Pirates Get Them Into Debt & Send Them Back To Their Village
Video: Drunk SARS Police Officers Dancing To Davido 30 Billion Song At Party In Anambra