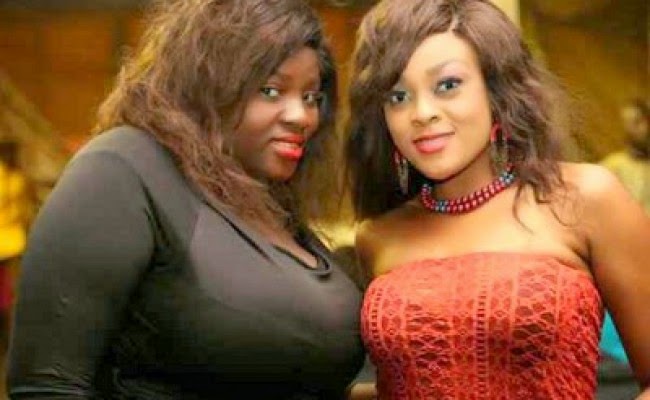 Her sister revealed that she actually died of internal bleeding caused by Fibroid during a C-section on October 1st, 2014. 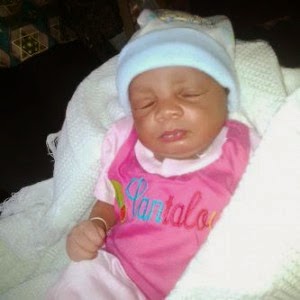 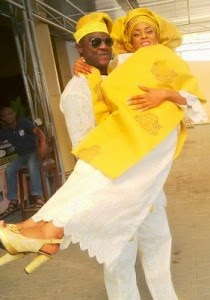 Kemi on her wedding day 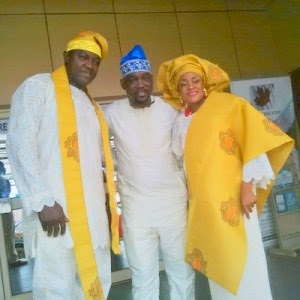 Though her friends blamed the doctor at the hospital for killing since her husband couldn’t pay the medical bill, her sister said the hubby actually paid the medical bill and that Kemi’s death was caused by overgrown fibroid.

She also revealed that her baby survived the surgical operation. Please ignore the former reports, this is right from the horse’s mouth.

The elder sister of the deceased, Seun Omotoyinbo recently chatted with Encomium Magazine about her sister’s death.

Here is the excerpt of the interview:

How exactly did it happen?

On Saturday, September 13, 2014, my sister got married at White House, Toyin Street Ikeja, Lagos. Then on Monday, September 22, she went to the hospital for checkup where the doctor told her she needed bed rest and was immediately admitted in the hospital till the day of delivery. Before her wedding, the doctor had already informed her that she would undergo surgery and she already paid N170,000 meant to cover the hospital bills on Wednesday, October 1, 2014. My sister called me and said she wanted to give me a surprise without knowing I was getting two surprise packages from her. At about 8-9pm, our elder sister called to inform me about the safe delivery of my sister. I requested to speak to her but was told she was still in the theatre. I decided to go to the hospital the next morning because I stay at Akoka and the General Hospital Oreke where she was, is located at Boundry, Ajegunle, Lagos.  At 1am, I received a call from my elder sister saying, “Kemi just passed away”, I became mad that moment and could not sleep till dawn. Although, I did not believe my sister was gone until I got to the hospital and saw her body.

What really was the cause of her death?

My sister never knew she had fibroid until she was almost due for delivery when the doctors detected it, that was why the doctor decided she would have a caesarian session because she would not have the strength for natural birth. Before her body was released to us, the hospital demanded a balance of N78,000 but one of the doctors told us not to worry about such an amount that we should pay N42,000 instead. And her husband paid immediately before her body was laid to rest at Atan Cemetery, Lagos, on Thursday, October 2, 2014. Kemi still spoke to her husband after the operation saying, “Honey, I made it” but did not have the opportunity to carry her son because she was still weak. However, my sister had fibroid which lead to internal bleeding and unfortunately, she did not survive it.

How is the baby coping without breast milk?

He is doing very fine. But without his mother’s breast milk, he cannot be very strong. But the doctors recommended we feed him with SMA Gold, which he is taking very well in replacement of the breast milk.

How is her husband taking the whole?

He was nearly mad. At the hospital that day, he tore his clothes and even broke some glass windows. We had to calm him down and avoid further damages. Even at the naming of his baby on Wednesday, October 8, he was still very inconsolable; I have never seen a military man cry like that.

Being the closest to her, what would you say were her unfulfilled dreams?

Some of her friends never believed Kemi could be pregnant again because she lost a pregnancy many years ago, after she broke up with her boyfriend. Then she got into another relationship for three years but was unable to get pregnant until she met her husband last year September and she was able to conceive again. Before she died, she would always tell me even if her husband leaves her, she would be happy to take care of her child alone. The only dream she had was, “to have a child of her own” because she loved children.

How would you recount her last moment?

We were together at her house in Ajegunle, Lagos, a day after her wedding. She wanted me to withdraw some money for her because I was with her ATM card and her husband was not home but I refused because it was too early for her to start spending money. Also, the night of her wedding as she was about getting into the car, I started crying saying, “I am going to miss you” till her mother in-law came and said, “is she going forever?” My sister and I always stayed together all these years, this sudden breakup is a shock to me.

What went through your mind when you heard she passed away?

I could not believe it. She used to tell me, if I want to go anywhere I should always tell her. So what went through my mind was, “She was to tell me she was passing away” because that period, I had lost my memory.

How did the naming of the baby go?

We were told by the pastor not to cry and we tried to maintain that till we could not hold it anymore. His names are Ikechukwu, Oluwafemi, Oluwakemi, Funsho, Emmanuel Eloayi.
[Interview By Dolapo Amodeni, Encomium Weekly]