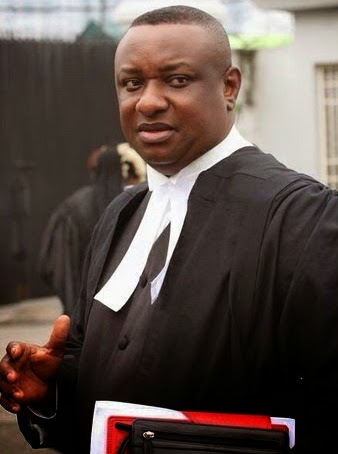 Human right lawyer Festus Keyamo has decried the death threats he received from an ex-militant leader and High Chief Government Ekpemupolo aka Tompolo.

In a letter dated Oct 29, 2014, Keyamo said Tompolo threatened to beat him to death for  wading into a perceived fraud in the just concluded Delta State local government election.

“We have been acquaintances in the past, so I know his numbers. After reaffirming that he is Tompolo when I picked his call, he went straight to the point by informing me that he wishes to inform me that he and his ‘boys’ will kill me by beating me to death or shooting me anywhere they can find me. And that the hunt for me is on.

“His exact words in pidgin English was ‘we dey look for you. Anywhere we see you, whether for Lagos or Abuja or Warri, we go beat you die or we go shoot you.’

“He said he would kill me because I have decided to take up the matter involving his blood brother, Mr. George Ekpemupolo, who was used to illegally substitute another candidate, Mr. Weyinmi Omadeli (48 hours to the election) in the Warri South-West L.G.A elections that were concluded last Saturday in Delta State.”

“On this issue concerning Warri South-West L.G.A, I have no choice but to cry out, because your decision is capable of igniting a crisis that will affect all of us. The decision was taken whimsically and it is unjust, unfair, illegal, and ungodly,” Mr. Keyamo had written to the governor.

“Consequently, it is unacceptable and will be challenged legally and politically.”

Mr. Keyamo said Tompolo told him that nobody had ever challenged his authority in Delta State.

“I asked Tompolo five times whether, he was, in fact, threatening my life over an open line and he said nobody in the country can do anything about it by the time I am dead,” said Mr. Keyamo.

“Co-incidentally, exactly three minutes after Tompolo dropped his line, His Excellency, Governor Uduaghan called me at exactly 10.16pm, and I reported to him what just transpired between Tompolo and myself.

“The Governor promised to speak with him, but that cannot be reassuring enough, and I know the remedy in law against an intended murderer is not to beg him but to ignite the criminal justice system against him, no matter how comatose that system is.”

Mr. Keyamo said that Tompolo had the “instrument to kill human beings”.

“I know the subject of this petition, Tompolo, is a favoured citizen of this government, and I am not. I know Tompolo is close to those in power at the moment, whereas I am an ordinary citizen. I know Tompolo has money and influence (which are factors that are widely acknowledged to aid a suspect walk away with murder in Nigeria), but I have none of these.

“In the circumstance, I am making this petition public so that when you refuse to attend to my complaint and outcry, the ordinary people of this country will, at least, know from where my death came and I will not join the long list of unresolved murders. My killer, should, at least be known.” 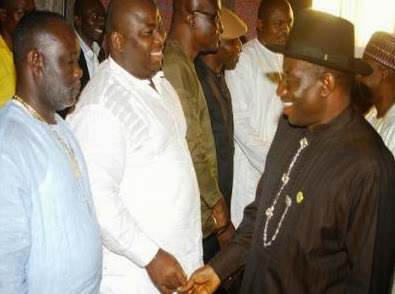 This is what you get in a country where the President worships ex-militants like Asari Dokubo and Tompolo, hardened criminals who deserve some jail term to cool down.