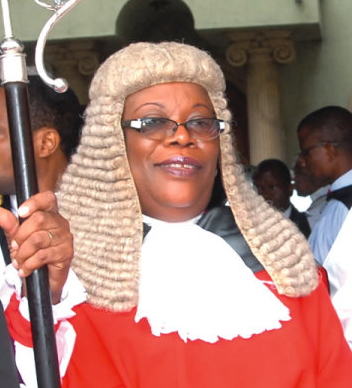 The High Court of Lagos state, Igbosere was thrown into pandemonium on Wednesday as fire ravaged the chambers of the Chief Judge, Justice Funmilayo Atilade.

Witnesses said that the fire started few minutes after workers resumed for duties at 8.00 a.m.

The fire was said to have been caused by a spark from one of the air-conditioning unit in the Chief judge’s chamber. 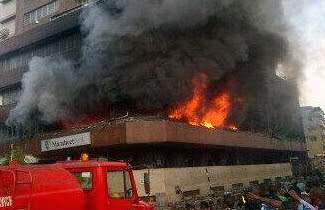 The chamber of the Chief Judge is on the top floor of the old building facing Catholic Mission Street, Lagos.

The courtroom is reserved for use of the Chief Judge whenever she is in the Lagos division of the court.

It was gathered that the fire started when one of the cleaners switched on the faulty air-conditioner and left the courtroom.

Another account has it that the fire was noticed by a security woman popularly called Alhaja who raised alarm.
The security woman was said to have been hurriedly taken to the hospital as a result of the smoke she allegedly inhaled before the arrival of the firefighters.

The building was saved from being razed down following the quick intervention of Lagos State Fire Service that prevented the fire from spreading to other courtrooms.