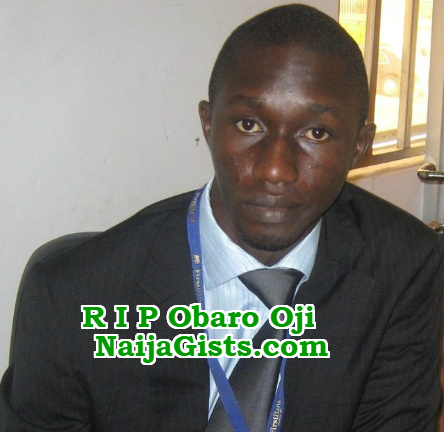 A staff of First Bank Nigeria Plc in Warri Delta state has been murdered.

Mr Obaro Oji, a relationship manager at Ekpan Branch of First Bank in Warri was heading home around 8pm on Tuesday when he was cornered by some suspected assassins near Ekpan bridge, around NNPC Housing Complex.

The gunmen who allegedly knew their target had monitored his movement from the time he closed from work and chased him to the spot where he was shot at close range.

The suspects didn’t take anything from the car of the deceased, an indication that they were after his life. 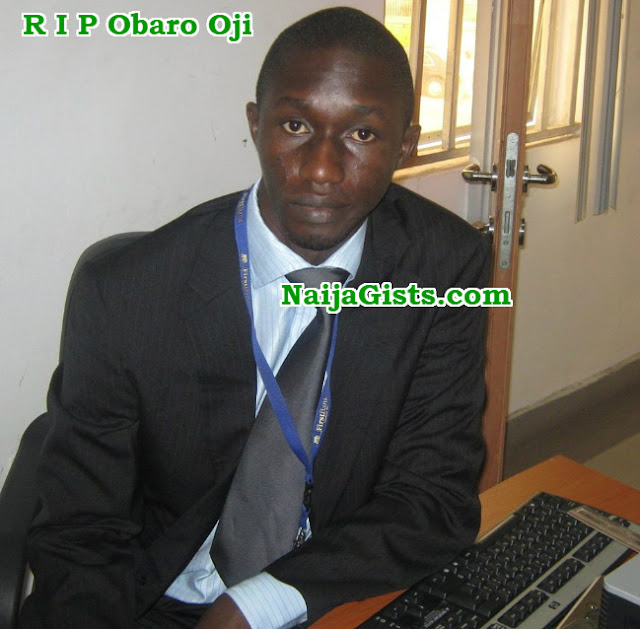 He was initially declared missing by his wife, Judith when he didn’t return home on Tuesday.

Police later contacted her when his body was found in his car near NNPC housing complex in Warri. 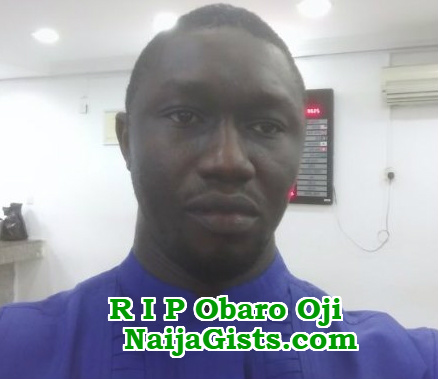 The deceased who graduated from the University Of Port Harcourt got married in 2015 shortly after security a job at the banking institution.

Here is how one of his friends, Princess Ame Cleo Eboigbe mourned him on Facebook few hours ago:

“Obaro Oji!!!!!!!!!I am in shock!I opened my mouth to speak but words wont just come out.I wanna scream but no sound is coming out.You were so gentle,always ready/willing to help.I dint get to stand in queue neither did i have to wait for a second at Firstbank,Ekpan cos momsi always said go straight to Obaro cos i dont want you to waste time there oh*lol*I have questions to ask but I know I won’t get answers.I can’t question God,he knows best.I pray your killers are caught and made to face the music.I pray God comforts your family and all your friends.May your gentle soul rest in peace,Amen”