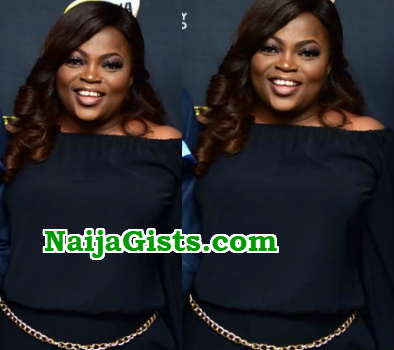 Nollywood actress Funke Akindele finally faced her fears on the 2nd of December 2017, the day most fans of the actress will call “Black Saturday”, when she stepped out for the first time since her miscarriage report went viral.

The actress was among those who headlined the grand finale of a Comedy event at Eko Hotel & Suites.

Her appearance put to rest her twin pregnancy news.

The 40-year-old actress wore a black outfit that gave fans a view of her stomach.

Sadly, the protruding tummy many fans were happy to see months ago was no longer there.

Jenifa still braved up and smiled all through the event .

Her appearance soon dampened the spirits of her fans, especially those who joined her in Nathaniel Bassey Olowogbogboro project. 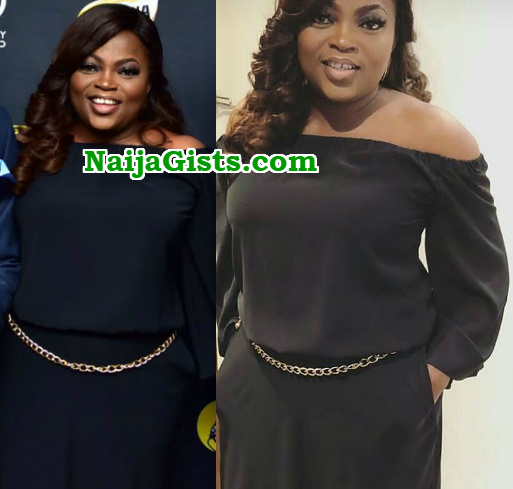 And with these new photographs of a flatter tummy, her fans are sad.

Even some overzealous fans of the actress haven’t stopped insulting NG since we broke her miscarriage report long before the actress confirmed it.

Continue Reading
You may also like...
Related Topics:funke akindele, pregnancy