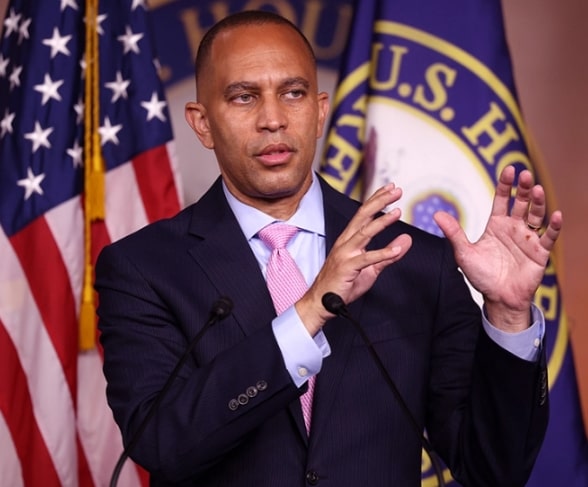 The United States House Of Rep. Democrats have in agreement elected the caucus chair Hakeem Jeffries to succeed Nancy Pelosi from January 2023.

The New York Lawmaker is set to make history by becoming the first Black lawmaker to lead one of the two major parties in either chamber of Congress, according to CNN.

Jeffries contested unopposed as a leader, with Massachusetts Representative Katherine Clark, who is the current assistant speaker, running as a whip and California Representative Peter Aguilar, formerly vice chair of the caucus, and was expected to win the spot to lead the House Democratic caucus.

The report revealed that Republicans have the majority in the next Congress, so Jeffries, Clark and Aguilar will all lead in a Democratic minority, the first in two terms.

The 52-year-old lawmaker will represent a generational change from the current triad of House Democratic leaders, who are three decades older than him. He became the chairman of the Democratic caucus in 2019, making him the youngest member serving in leadership.

Jeffries rose to leadership following the announcement of Pelosi, House Majority Leader Steny Hoyer and House Majority Whip Jim Clyburn announced they would be stepping down from their current leadership positions. Clyburn is expected to become an assistant leader in the new Congress.

Pelosi – who was dubbed “Speaker Emerita” in a unanimous vote by the House Democratic Steering and Policy Committee Tuesday night – blessed the new trio of leaders. 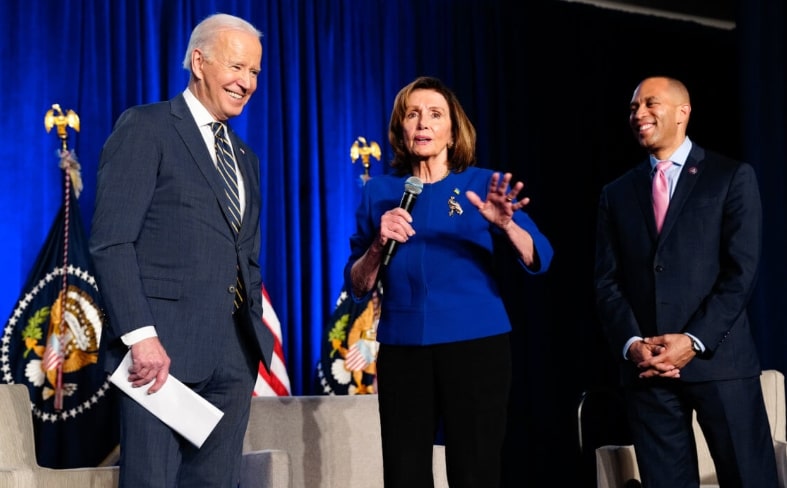 “A new day is dawning — and I am confident that these new leaders will capably lead our Caucus and the Congress,” Pelosi said.

Jeffries said he hopes to “lead an effort that centers our communication strategy around the messaging principle that values unite, issues divide.”

He also praised the past leadership but said “more must be done to combat inflation, defend our democracy, secure reproductive freedom, welcome new Americans, promote equal protection under the law and improve public safety throughout this country.”