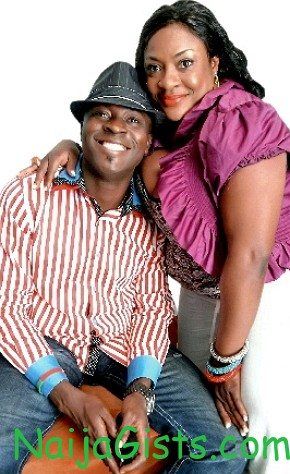 The lovers who plan to tie the knot traditionally in the upcoming weeks have moved their romance to another level after they moved in together last week.

Below is what Mr Kayode Salako said about Foluke Daramola on Friday:

If not that Foluke was raped when she was a girl, I would have met her a virgin even after her two kids, revealing that Foluke is the definition of his own kind of a virtuous woman. Describing her virtues as that of an ideal woman who deserves a fulfillment of a marital home.

According to BON report, Kayode Salako reiterates his commitment to their avowed relationship and affirms that Foluke has not broken anybody’s home, but has just being lucky to discovered her own God destined home before it is too late. He concluded by saying that, if not for the.

Unfortunate circumstance of necessary survival for a woman who lost her father at age two, Foluke would have been a successful diplomat and not a Nigerian actress that has undeservedly dragged her into cheap and unintelligent controversies.

Kayode Salako, a married father of three dumped his wife (an RCCG pastor) and three children for the Nollywood actress last year.

No vex RCCG pastor. Your hubby go soon return home but for now, keep on praying.