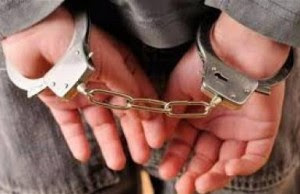 For allegedly defrauding a woman of N4 million, a businessman, Cletus Iyohan, was arraigned on Monday in Lagos.

Iyohan, 33, a resident of Blessed Valley, Berger, Ikeja, Lagos, is being tried for fraud and stealing at an Ikeja Magistrates’ Court.

The Prosecutor, Sgt. Kehinde Olatunde, told the court that the accused committed the offences between the month of May and June 2014 at Maryland, Lagos.

Olatunde alleged that after the accused received alert for the money, he refused to invest it in what it was meant for and resorted to threatening the complainant’s life.

“The accused converted the money to his personal use.
“When the complainant went to his office to demand for her money, the accused ordered his boys to throw her out.
“The accused threatened to kill her anytime she comes to her office again,’’ he said.

The offences, Olatunde said, contravened Sections 285 and 312 of the Criminal Law of Lagos State, 2011.
Section 312 prescribes a 15-year jail term as penalty for offenders.

The accused pleaded innocence of the offences and was granted bail in the sum of N500,000 with two sureties in like sum.

The Magistrate, Mr O.A. Aka-Bashorun, adjourned the case till Oct. 13 for hearing.